Hedging with Stablecoins in Anticipation of Bitcoin Halving 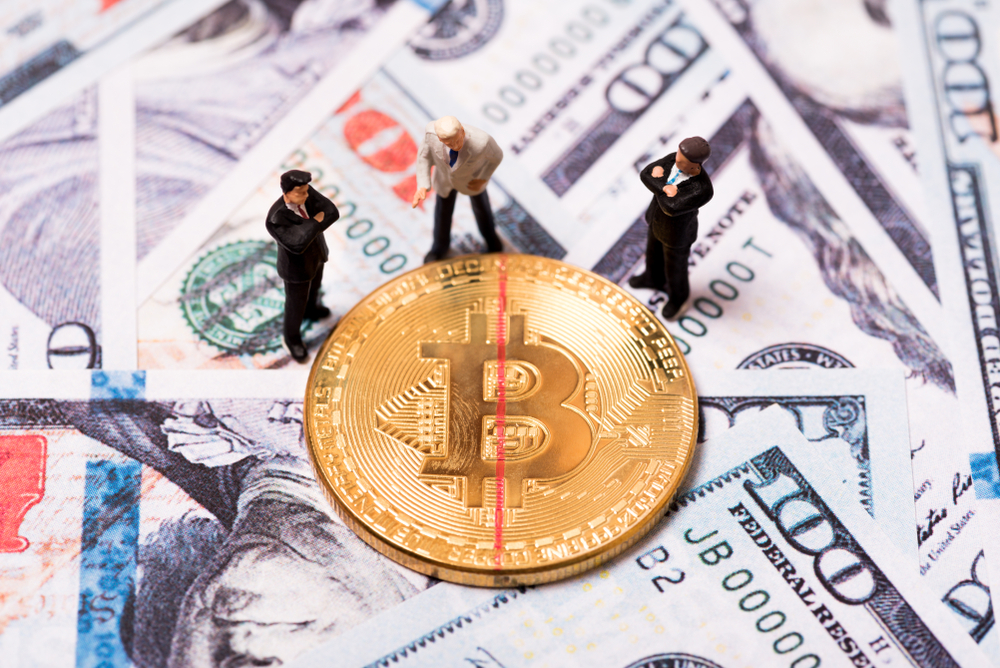 The countdown is on. 14th of May 2020 is the day Bitcoin enthusiasts are eagerly looking forward to. Although the exact time can’t be specified, we will certainly witness an extraordinary moment in crypto – Bitcoin halving.

Bitcoin halving is the event where the number of generated Bitcoin rewards per block will be divided by 2. The total number of bitcoins mined by miners per block will reduce from 12.5 to 6.25 BTC in the next bitcoin halving. That number is becoming more scarce as we move towards the total supply of 21 million. Mr. Satoshi Nakamoto, the genius inventor, or perhaps inventors, behind this revolutionary cryptocurrency has designed the code in such a way that the block mining reward halves every 210,000 blocks, which is approximately every four years.  You may be wondering, what is the purpose of this?

Well, Bitcoin was to some extent designed to mimic the supply of gold on the world market. Just as gold is considered a finite source, because there is only a limited amount that can be extracted from the ground creating scarcity and adding to its value, so too is Bitcoin. The Bitcoin Protocol was programmed to produce exactly 21 million coins and not one coin more.

In fact, when you think about it from the practical aspect, we will never be able to harvest all of them. It’s the halving process that will prevent us from reaching that last one. As its supply continues to reduced, the fraction left in the “reserve” will keep getting smaller.

A very important role in the entire “ecosystem” belongs to the miners. They are seen as the backbone of the ever growing networking structure. They are the ones who look at the broader picture and are ready to power up their rigs and quarry for minuscule profit. Most miners are not speculative and are in it for the long haul, as they believe in the future of Bitcoin. Hodling is the resulting practice, since the end goal is to accrue as many coins as possible.

A topic that continuously draws attention and inspires discussions at summits, forums and other events, is the debate over the correlation between Bitcoin’s hashing power and its price.

Some argue that the value itself is what drives the hashing power. However, if we take into consideration that the miners are playing the long game, then we may conclude that quite the opposite is the case. Miners are motivated to build up the hash rate in order to entice the price.

Back on December 1st 2017 Bitcoin saw a major breakthrough. Its opening price on the day was approximately USD 9,900 and by mid month it reached an unbelievable all time high of  USD 19,783. However, the following month the price plummeted down to around the initial value.

So, what miners and traders were concerned about, was how to respond and relish the gains in such a short time span. What steps should they have taken in order to take full advantage of such price movements?

If you believe that withdrawing funds from any exchange is a process as easy as ABC, then you are sorely mistaken.

The current state of Bitcoin transactions is incredibly slow, with the network only being able to process seven transactions per second. Imagine having thousands of people lined up in a queue, waiting to cash out. The entire system becomes choked during peak periods, when swarms of Bitcoin holders are trying to extract their profits at the same time.

Now picture all those miners and traders watching their investments vanish right before their very eyes, endlessly waiting to cash out and missing the boat due to a congested network. Nobody signed up for that.

Now, here’s a task for everyone reading this…

Sit in front of your laptop, open up a BTC/USD chart and pay attention to the price. You will likely observe that literally every minute the overall BTC value shifts, often drastically. That means that a portfolio can take a hit while waiting for BTC to be sent from one wallet to another.

Fortunately, the solution to this problem has arrived and it’s much simpler than you may assume.

Stablecoins are a relatively recent category of cryptocurrencies to enter the market and they have brought to the table something that the market could not count on up until that point – price stability.

Whether a stablecoin is pegged to fiat, cryptocurrencies, commodities, real estate, an algorithmic index, or a combination of some or all of the above, they aim to fulfill the same purpose – to offer stability and solidify profits.

So, how can stablecoins bring some sunshine and calm during dark and disturbing times?

In order to answer this question, we must first emphasize the importance of hedging and how it is applied against volatility.

In a nutshell, hedging is reducing the risk under conditions of turbulence in the market. Basically, having an exit strategy when oscillations go wild and off the charts.

Always keep in mind that timing is everything, i.e. collecting the yield at the right moment.

Back to how stablecoins can jump in and save the day…

Prior to the advent of stablecoins, it was very difficult to hedge. Keeping an eye on tens of cryptocurrencies at the same time, relative to the currency you were holding, usually Bitcoin, was challenging, because each had its own periods of volatility that were hard to predict. So, with the issue of congestion at hand, the question has always been what currency to exit into when Bitcoin was on the move.

Stablecoins can be perceived as a stop-loss method. In layman’s terms, it’s just another exit strategy that helps you limit the road to perdition, by specifying how low someone is willing to let the price go. During market dips, stop-loss can save a trader a great deal of money.

Imagine the following scenario – Bitcoin rises to USD 20K, which is when a hefty crowd of BTC holders wants to use the opportunity to cash out, for various reasons, before the trend shifts in the opposite direction.

The potential game plan for any crypto holder could be to trade fluctuating cryptocurrencies at their peaks for stablecoins, to rebalance the portfolio and secure the investment along with the earnings.

Once that same volatile cryptocurrency begins making a U-turn from a downward movement, one could reinvest their profits gained during market highs by selling stablecoins and purchasing back bitcoins, thus accumulating gains and achieving greater profit.

So, at the end of the day, thanks to the consistency of stablecoins relative to other categories of crypto, there’s minimal to no loss in the balance sheet, that would have resulted from mistimed investments.

This tactic is well known among experienced investors and traders and it comes as no surprise that Tether, although having a bad reputation, still continues to dominate the stablecoin market by daily volume, surpassing all competitors and dictating a large portion of the market share.

Now let’s take into consideration Bitcoin’s upcoming halving event and analyze it at the macroeconomic level. We may discover that if the demand continues to rise and the supply is suddenly cut in half, the price of BTC would hypothetically skyrocket to a new all time high.

Consequently, the demand for stablecoins will most likely follow suit.

Regardless of many plausible theses circulating out there, stablecoins have already found their place in the system and started an evolution of their own, many of them with applicable use cases.

It is beginning to look more and more like stablecoins are the key element and answer to a dynamic monetary and economic future that is undergoing a paradigmatic shift.