Anchor and CBDCs – Are Central Banks in Need of Inflation-Resistant Peg? 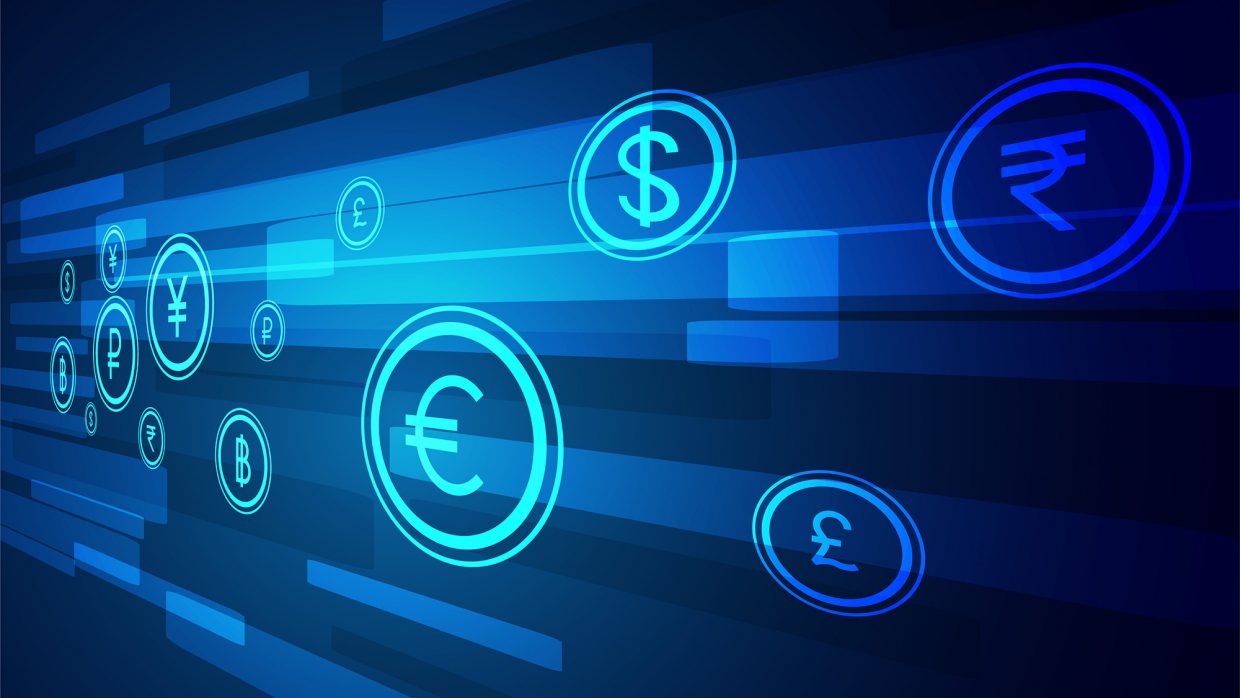 The idea of creating central bank digital currencies (CBDC) has been gaining a lot in popularity. The concept of CBDCs was initially touched upon by the Bank of England in 2015 and gained momentum in a lot of countries, such as the Bahamas, Marshall Islands, Sweden, France, and many others. While there is a lot of interest, the most concrete action was taken in China which is ahead of this pack with the development of the digital yuan.  This Chinese central bank-issued digital currency is currently being tested in four cities, in a collaboration with some major companies such as Starbucks and McDonald’s.

The creation of a central bank digital currency is coming with many benefits, but they still have a lot of risks and do not overcome all the hurdles of the current monetary system. That is why they need an infrastructure that would improve the stability of CBDCs and make the whole system better and more efficient.

What Is a Central Bank Digital Currency and Why Did It Emerge?

Central bank digital currency (CBDC) is a digital form of a fiat national currency that is regulated by the monetary authority of the country. The first countries to deploy its testing were mainly cash-averse ones, like Sweden. According to some statistics, only 10% of all transactions in Sweden are made in cash. Therefore, a logical step for this Nordic country is to turn fiat into its digital substitute.

However, being reluctant to use cash is definitely not the only reason why countries are turning to digital versions of their national currencies. They believe that sovereign digital currencies will make the financial system more efficient, stimulate financial inclusion, and facilitate international cooperation.

Nonetheless, many would say that the main reason for the creation of CBDCs is the emergence of privately-issued currencies and cryptocurrencies in general. Actually, it was Libra that was the trigger. As Facebook is one of the most famous and commonly-used platforms with over 2.6 billion monthly active users, no wonder this privately-issued currency was seen as the greatest threat to the traditional financial system.

DLT technology enables sovereign digital currencies to have a secure ecosystem for digital payments and money transfers, but they still have some difficulties to solve. Well, maybe with the right infrastructure and a stable and constant algorithm most current drawbacks would be ameliorated.

The potential of CBDCs has been particularly noticed now during the pandemic, as people were on lockdown and they did not have access to brick-and-mortar banks. As almost all industries have gone digital, that has further raised the need for CBDCs. Let’s see what positive sides they can bring.

Sometimes the cost of managing cash may be very high, especially if we talk about some vast territories or remote areas. Therefore, by introducing CBDCs as a means of payment, these costs would be significantly lower, and thus the whole payment system much more effective.

Financial inclusion would be greatly enhanced. CBDCs are centralized and government-run which means that they have full liquidity as their fiat counterparts do. But, what further stimulates financial inclusion is the fact that consumers do not need a bank account if they use CBDCs. This is particularly important for people in rural and undeveloped areas who usually do not have access to banks, so the usage of CBDCs would facilitate the process of making a transaction to a great extent. Additionally, with CBDCs it would be much easier for new companies to enter the payment system and to conduct cross-border transactions.

It has been mentioned that CBDCs are mainly built on distributed ledger technology (DLT), which means that the central bank may keep track of the location of every transaction, which further implies that control over the money transferred would be much higher and, thus, illicit activities reduced or completely prevented, which would bring more legitimate business accounting into country’s taxation system.

The disintermediation of banks would be one of the greatest downsides of central bank digital currencies. This occurs if the consumers decide to withdraw their deposits and move them into CBDCs. What would happen next? In order to retain customers, commercial banks would have to raise interest rates on deposits, but that would ultimately lead to two possible scenarios. One would be for banks to experience compression of margin, and the other to increase interest rates on loans. Consequently, it represents a vicious cycle where both consumers and banks could suffer.

If the interest for CBDC rises and the demand becomes significantly higher, that would inevitably have an influence on the central bank’s balance sheet. Because with the increased demand for CBDC, the balance sheet would also grow. Consequently, commercial banks would experience funding outflow as more and more customers would withdraw their deposits and move to CBDC, which further implies that the central bank would have to provide liquidity to those banks. As a result, central banks would take on credit risk and they would have to decide how to allocate funds across the banks, and that may pose another problem – political interference.

The problem of “dollarization”

The whole concept of CBCDs is very complex and should not be seen simply as the domestic product, for the domestic market. As different countries are constantly collaborating, cross-border transactions constitute almost the biggest part of transactions. Even though CBDCs would make international transactions easier, the problem of “dollarization” would still exist. What does this mean? In countries with high inflation and volatile exchange rates, changing national currency into a dollar may be highly unprofitable, so a better solution needs to be provided if we are to fully implement central bank digital currencies.

The development of CBDCs would bring great benefits to governments, institutions, companies, and consumers. However, if the whole potential of the system is to be fully exploited, the downsides of the system should be overcome. That is where Anchor’s infrastructure can help and work hand in hand with central bank digital currencies for a better, more efficient, and more secure financial system. What does Anchor’s infrastructure offer?

First of all, the reason why Anchor’s infrastructure would be an improvement to the current state of CBDCs is its stable, non-volatile value peg, the Monetary Measurement Unit (MMU). That is a financial index that takes into account the GDP from more than 190 countries and is further stabilized by forex indicators from a basket of currencies and premium sovereign bond yields from 10 of the world’s strongest economies. In that way, the MMU represents the most accurate measure of value that exists in the world today.  As such, it would be beneficial to CBDCs if used as the value peg. After all, national digital currencies are just the digital representations of their fiat counterparts, which means that they are susceptible to the same vulnerabilities as fiat currencies. Thus, inflation would still have an impact on the currencies, regardless of being digital or paper notes. But, by pegging a sovereign digital currency to a stable financial index, actually, the MMU, that sovereign digital currency would be inflation-resistant and not influenced by any external factors.

Second of all, Anchor’s value peg, the Monetary Measurement unit, may be used as the non-volatile medium of exchange, both domestically and globally. It has already been mentioned that a great disadvantage of CBDC would be the exchange rate for cross-border transactions. If central banks used the MMU as the value converter, they would always have the same rate. That exchange rate would not be altered no matter the currencies used. Thus, international cooperation would be eased and many sectors and industries would have profit from such a cost-effective business.

Finally, Anchor is built on Ethereum blockchain and is further stabilized with smart contracts. Should central banks deploy blockchain for their national digital currency system, the transactions conducted will be even faster, cost-saving, and more transparent and the illicit usage of money transfers will be easily tracked down. So, along with the secure and transparent platform, they would have a stable value peg that would make their digital currency stable in the long run.

The emergence of CBDCs is definitely a stepping stone towards a digitized economy. Many countries have already joined the club, and hopefully, others will come on board. The only thing needed for CBDCs to be fully functional is a background that would make them different from their fiat counterparts in terms of volatility and loss of purchasing power. That is what Anchor and its MMU can provide.