BTC Halving and Anchor – Can You Really Run with the Bulls? 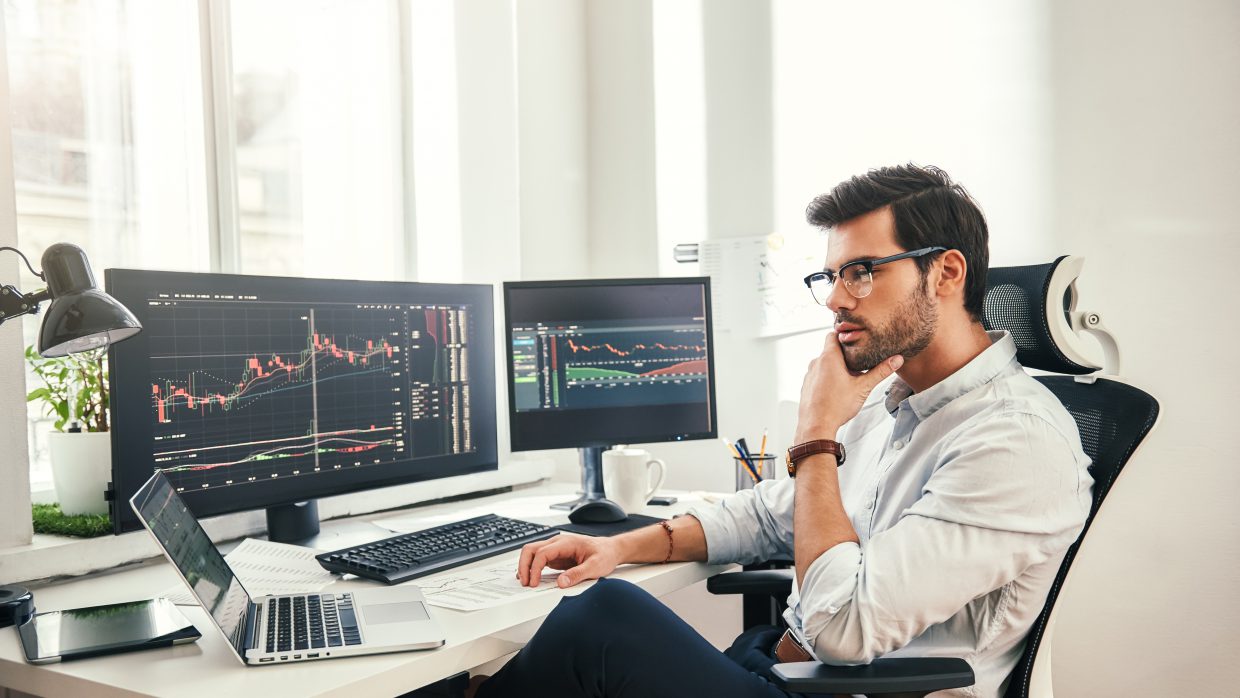 Everything has been revolving around the BTC halving this week. Everybody is wondering, what is going to happen with the BTC price? What is the next step to take? Throughout this article, we will show you how you can leverage Anchor’s stability to benefit from BTC and fiat volatility.

The countdown has reached its end. May 11th, 2020 has come and the most important event in the crypto industry, BTC halving, occurred. Prior to the event, there had been a lot of discussion and speculation about the effect halving would have on the bitcoin price. So, now that it has happened, following the trendline of the BTC price and applying a hedging strategy that Anchor offers is a simple way to success.

Even if you are not an active member of the crypto community, but an occasional visitor, you have probably heard of this famous event. A few months ago, we dived into this topic and discussed the possible post-halving effect, but back then nobody could predict that there would be the pandemic outbreak and a potential global recession. Due to the current situation, a lot of people are swimming in dangerous waters, and we would like to help them get out.

When it comes to the BTC halving, you should know that it occurs every 210,000 blocks, which approximately happens every four years, and then the reward miners get per one block mined is divided by two. The total supply of bitcoin is 21 million. Once this number is reached, there won’t be any bitcoins left to be mined. That is, exactly, why BTC halving exists – bitcoins cannot be mined all at once. It is even said that this very process will prevent us from digging out the last one.

So far, there have been three such events, with the last one taking place just a few days ago. Starting with 50 BTC per block, the first halving which came about on November 28th, 2012, had this reward reduced to 25 BTC. Following the same pattern, the next one came on July 9, 2016 and as a consequence had the reward cut to 12,5 BTC. So, as you already know, after this third halving, the number of bitcoins obtained per one block mined is 6,25.

But, what concerns BTC hodlers the most is how the halving is going to affect the price and whether they will be able to gain profit or, at least, to retain the current value of their asset. In order to try to anticipate the future trend of the BTC price, let’s see how it behaved before and after the first two halvings.

Hodling bitcoin may often seem like taking a ride on a rollercoaster, with all the bulls and bears constantly present. What was noticed during the previous two halvings was that the bullish trend started approximately one year before and continued one year after the halving. Therefore, there is a significant difference in the price from the beginning of the bullish trend until the end, and it can be clearly seen in the following numbers.

This indicates that the bitcoin price rose more than 90 times, which definitely represents a substantial increase.

As the bullish trend lasted about one year after the halving, it had to be inevitably followed by the bearish one and with constant oscillations in the price trend. So, as the second halving was coming closer, nearly the same pattern was detected once again, just this time the bears came on stage in the region of nine months before the halving and what happened one year later was known as the the most famous bullish run in the history of bitcoin. The world’s most traded cryptocurrency reached an all-time high of $20,000 in December, 2017. Even before achieving that amount, the numbers were pretty high.

However, the total bottom out occurred shortly after an all-time high, and the BTC price continued with its astonishing changes in the period to come. So, as the third halving has just happened, we can only talk about the pre-halving price behaviour, and what is going to ensue in the weeks and months to come, is yet to be seen. This time, the accumulation of value started as in previous examples, about a year ago, but the world has been unexpectedly hit by the pandemic, so alterations in price were inevitable. That is why now we can only wait and see how BTC will surprise us this time.

Nonetheless, all of this just adds to the proof of bitcoin’s volatility and instability. Since its inception, it has gone through such ups and downs that it has become nearly impossible to predict the next trend.  So, hedging mechanisms have become a necessity and that is where Anchor comes onto the scene.

The Bridge Towards Stability

Bitcoin is not the only currency that is showing signs of instability. The vulnerabilities of fiat currencies have come to the surface and became further emphasized by this pandemic. Many national currencies have experienced tremendous changes in terms of higher inflation rates and the loss of purchasing power.

Due to the lockdown and the economy almost put on a pause, some currencies found it extremely difficult to maintain stability.

Even so, periods of pandemic and natural disasters are not isolated cases of currencies losing value. Devaluation of currencies is happening constantly, we are just not aware of that. If you take a look at e.g. USD, you will see that it has lost 55% of its purchasing power in the past 25 years, and this currency is actually considered stable. That is why some countries which are struggling with high inflation, have turned to cryptocurrencies as a possible road to alleviate economic pressure. The world is in dire need of a truly stable currency that will not lose its value over time. Thanks to its stabilization mechanism, Anchor is the best solution to this need. As we have weathered the storm caused by the pandemic, they know we can be their safe haven and preserve the value of their assets in the long run.

Can You Have Your Cake and Eat It Too?

Anchor team believes so. With its value peg that cannot be influenced by external factors, ANCT is the currency that serves as a true hedging mechanism for both bitcoin and fiat currencies.  Believe it or not, now you can participate in the trading game, and make sure to remain safe when you notice a storm coming.  Let us show you how.

Imagine that you have your holdings in a fiat currency whose value is decreasing at breakneck speed, especially at present during the pandemic. Now, there is a way to not only preserve the value of your assets, but to accumulate it. But how?

The answer is – multiholding. What does that exactly mean? It means that you should turn part of your fiat into ANCT, part into BTC. And, since the halving has just happened and the price is slowly going up, you should do it as soon as possible, before the price skyrockets. When you move your fiat into Anchor, the stability of ANCT will help you avoid losing the value of your money in the long run, and the inflation rate in your country cannot have an impact on your savings. More importantly, ANCT is a currency which has liquidity, so you can move back to fiat whenever there is a need for that, or whenever you find it convenient.

Additionally, by turning part of your money into BTC and using ANCT as a hedging mechanism, you will have a great benefit, just by following the trendline and acting in accordance with it. We are here to tell you how to do it, step by step.

If you invested in BTC just before the halving, or just after it, and the price keeps going up as it is expected,  then wait for the rise of the price to start slowing down. This usually happens due to large market or global events, so you should keep track of what’s going on. Once you notice that the bull run has ended, that’s the time to move out of BTC and into ANCT as a safe haven. You will have earned money, and retreated into a stable currency before the beginning of a bear run, avoiding losing of your BTC profits.

Then, when you see that the bearish trend is coming to an end, and that the bull run is about to happen, when the BTC price starts rising, that is the time to move back to BTC and make a profit. Once again you will not only preserve the value, but accumulate it. And at the same time, you will have a hedge against volatility in fiat.

So, don’t miss out on this opportunity to boost your earnings. Take the first step now:

How to Buy ANCT

For the end, let’s jump back to 2013 and recall that very popular guy in the crypto world who, just by accident, came up with the expression “to hodl”. If you had read his comment, you would have seen the dilemma and frustration he was going through.

He called himself an inexperienced trader who just couldn’t find out what was the right decision to make.  To hodl or not? To sell it when a bearish trend starts, and to buy it when a bullish one comes?

He simply didn’t know how to react, that is why he decided to hodl. Back then, stablecoins didn’t exist, so hedging wasn’t even on the cards. Luckily, that has changed and with Anchor stablecoin your assets will never lose value.