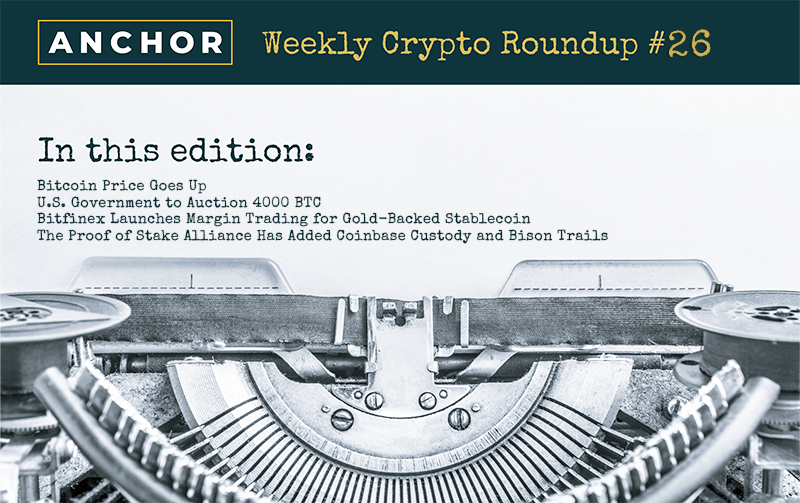 Dear Anchorians, there is an old Chinese proverb ‘May you live in interesting times’ and our time surely is interesting! Just a friendly reminder not to panic over the coronavirus outbreak. Yes, it’s a serious matter, but sadly a lot of hysteria and xenophobia are tucked under the guise of well-meaning advice on how to protect yourself from it. Unfortunately, the virus is affecting many aspects of life in China, including the world of crypto.

As you know, 65 percent of the Bitcoin mining power is concentrated in the People’s Republic of China. Ahead of the halving event in May, there is a lot of mining activity expected. Every mining gear maker faces delays in production and delivery; Bitmain, Canaan, InnoSilicon, and MicroBT. Customers will need to double their computing power and have a dire need for buying new machines as well as upgrading the old ones.

Factories in Guangdong province are on extended vacation until next week. Some of the company HQs are even under lockdown, like Wuhan-based InnoSilicon. So far no serious damage has been incurred, but if the outbreak continues for a longer period of time it will start significantly affecting the production and distribution of the mining equipment.

“The coronavirus outbreak timespan overlaps with bitcoin’s halving event. The dual factors are apparently affecting the maintenance of mining equipment as well as the delivery of new miners,” Wang Xing, marketing director of MicroBT, said.  “As such, the recovery of Bitcoin’s hash rate growth will be delayed”.

Mining farms remain fully operational for the moment but existing controls and the possibility of an extended outbreak may soon take a toll. Employees went home for the Chinese New Year and now most of the cities impose two-week quarantine for those who traveled out of their base province, so in addition to logistic delays in upgrading the equipment, many farms are facing a workforce shortage.

Hopefully, the virus will be contained for the benefit of all, including the world of crypto mining.

The top cryptocurrency in the world is bouncing strongly! Hopping from $9100 late on Tuesday and speeding past $9400 to the current value of $9625.

Selling pressure threatened to slide the price back to the 200-day average of $8.867. The decline was stopped at $9075 and it spurred the bounce-back, breaking out of the two-day long downward trajectory.

However, despite the price sliding, RSI (Relative Strength Index) was behaving out of the usual trends, helping to maintain the bull sentiment, erasing the losses from before Tuesday, resulting in weakened bearish signs. In fact, the bullish 50- and 100-day indicators were confirmed by this bounce.

Of course, as always, the future movements are difficult, if impossible to predict. On the brighter side, this rise can lead to a quick rise above $10.000. On the other hand, Tuesday’s low could mean that the price drops again and settles around $9.075.

This is not the first time the Marshals Service auctions Bitcoin. The last public bidding was in the summer of 2014. We remember it by investor Tim Draper winning nearly 30.000 BTC across 10 auction blocks. Coins were seized in various Marshals Service raids on dark web marketplaces, as well as from various federal criminal, civil and administrative proceedings.

“The USMS will notify all bidders about their eligibility to participate in the auction by email no later than 5:00 PM EST on Thursday, February 13, 2020,” the USMS said in its statement. At press time, the total value of auctioned assets is estimated at $37.4 million.

This practice is not exclusive to the United States. Auctions for confiscated cryptocurrency have been practiced by several governments, like the UK and Ireland auctions from February 2018, as well as the South Korean government’s auction plans from 2017.

Bitfinex, a cryptocurrency exchange, has issued the following press release. Starting from January 30, they will start supporting margin trading for XAUT. For the uninitiated, XAUT or tether gold is a digital asset offered by TG Commodities Limited. One coin is worth one troy ounce of gold on a London Good Delivery bar. The stablecoin is available as an ERC-20 token on the Ethereum blockchain and a TRC20 token on the TRON blockchain.

This means that Bitfinex will support margin trading for XAUT with trading pairs for USD and Bitcoin. The margin feature will require initial equity of 20% and offer up to 5x leverage.

Bitfinex listed the new stablecoin on January 24, and will soon let users borrow funds to boost their trading positions, which brings the potential for greater profits as well as greater risks.

In the words of Bitfinex CTO, Paolo Ardoinol; “The launch of margin trading on Tether Gold will allow more advanced trading strategies, enabling a more sophisticated means of hedging exposure and managing risk,” and he added, “raising our leverage from 3.3x to 5x is a noteworthy development, and is also timely given growing interest in gold and other safe-haven assets amid the recent turmoil that we’ve seen in equity markets.”

The Proof of Stake Alliance (POSA) is a group of organizations dedicated to educating U.S. regulators and legislators on blockchains. They are working hard to bring regulatory and tax clarity for Proof of Stake blockchains such as Tezos and Cosmos. It is rumored that Ethereum will switch from proof-of-work system to proof-of-stake mechanism later this year.

“Proof of Stake is an increasingly important innovation that the crypto space as a whole is rapidly trending toward,” Sam Mcingvale, CEO of Coinbase Custody. said. “It’s our hope that through the work of organizations like POSA, we’ll start to see meaningful conversations and, in time, clarity when it comes to POS and its applications.”

Coinbase Custody and Bison Trails (also a member of Libra Association) are two new members. Other members include Tezos, Polychain Capital, Cardano Family and 13 more. Coinbase Custody launched staking for Tezos last April. At first, they catered only to institutions but expanded their service to all global clients last November. Coinbase Custody is in expansion, as they launched an office in Ireland to serve the needs of Europe-based clients better.

The Alliance’s priority is to establish tax clarity for PoS tokens, such as their staking rewards. Primarily they want to establish tax events when tokens are sold or exchanged, instead of when they are created.

“Including proof-of-stake cryptocurrency block rewards in gross income when the reward tokens are first created results in inequitable taxation and would discourage U.S. taxpayers from participating in this new technology,” Sutherland said in the notes. “The better approach is to tax reward tokens when they are sold or exchanged.”

This is the hot topic in the staking industry, making the addition of the two new POSA members a big deal indeed.

Let’s wrap up this Roundup on a high note! Coinbase Commerce and BitPay report increase of cryptocurrency payments for thousands of merchants in a 600 percent increase since 2018. Of course, Credit card purchases (est. $3.7 trillion) still represent major purchasing power compared to Bitcoin’s “tiny” volume of $4 billion. Maybe crypto adoption is moving at glacial speed, but it surely gains traction with merchants such as Amazon, Starbucks, and Sephora!