The State of Crypto in iGaming 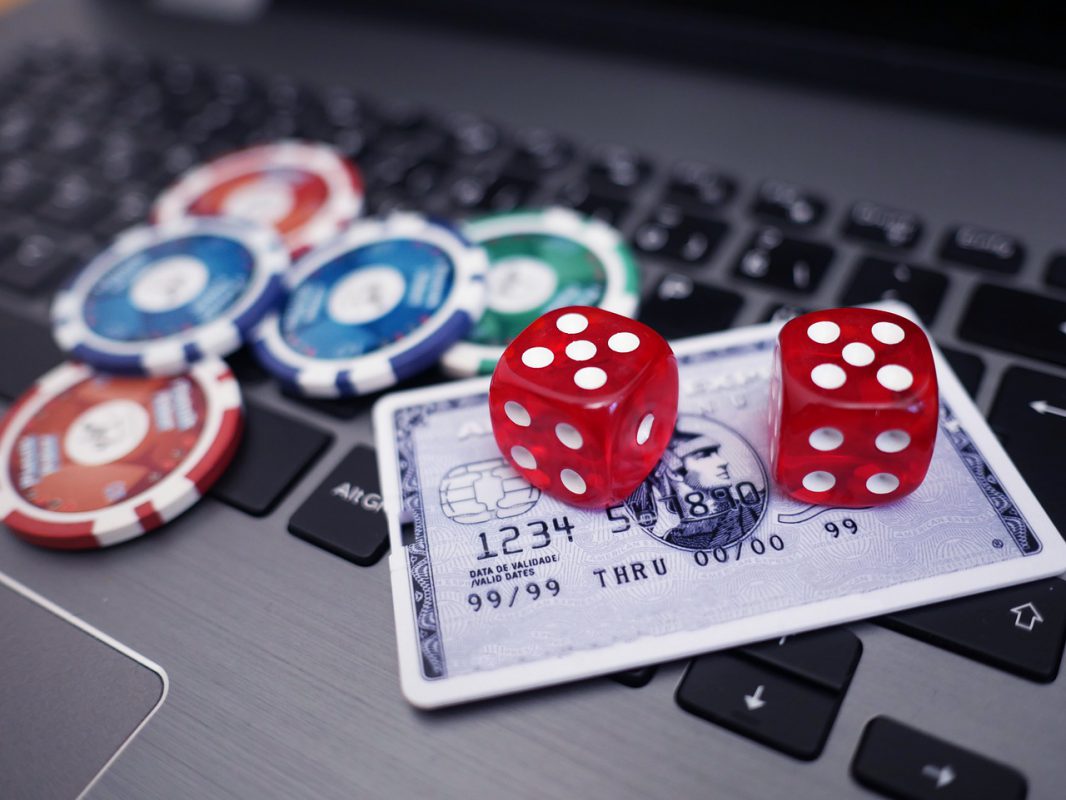 There are approximately 2.2 billion gamers in the world, almost a third of the entire planet’s population. Global app store consumer reached 101 billion dollars in 2018, while advertising brought impressive 4.59 billion dollars just in 2019.

What’s more interesting is that gamers are equally spread across most age groups.

As it continues to grow, it is expected that the igaming market cap will hit 300 billion dollars by 2025. No wonder crypto and blockchain companies are increasingly pivoting towards the industry.

That being the case, it goes without saying that crypto community needs to adjust and direct its focus to it. Many companies have realized that and began bringing out the big guns.

While grown-ups may struggle trying to interpret why their children spend hours being hypnotized and glued to their computer screens, completely unaware of their surroundings, it is safe to say that for younger generations, the concept of video games and virtual reality is innate to some extent and they comprehend it flawlessly.

Perhaps you and can’t fathom why would a ten year old spend money on armors, weapons or skins that don’t give them any power, any additional ability in terms of dexterity, but rather just looks. However, through their eyes, the image and the notion of digital value exceeds our capacity. In that realm of theirs, digital identities, digital friendships and connections might be of greater importance than something going on further down the road in their neighborhood or the real people they meet on daily basis.

Why do you think that is?

Well for one, new age internet has opened a door to a whole new paradigm – parallel binary world.

That world is becoming increasingly interesting and it doesn’t have breaks. It appears that the world acceptance of it all can be spotted on the horizon.

You can create so many new contacts with similar interests and mindsets and the next thing you know, you simply click and connect better than you would with your classmates or colleagues.

Take for instance our own crypto nation, which is still quite a minority in comparison to any other association. All it takes for us is to go online and visit a particular crypto district and the following moment a dose of relief kicks in, pupils dilate and suddenly the feeling of bonding is established.

You see, children are going through that very same experience, they sense and perceive their involvement in an entirely new manner. They discern the social hierarchy and social relationships.

Kids find true, sincere meaning in the virtual world and become enchanted and entangled by it.

As time goes by and as technological advancements show no sign of slowing down when it comes to progress, the more we will have VR and AI, the more it will result in digital assets and identities finding a hole  to slip through, adapting and playing a significant role.

One user online went on so far to portray the future in a way it is depicted in the movie “Ready Player One”. Nonetheless a distant one, but in which we find ourselves in a situation where few big tech companies predominantly rule that universe by owning vast portions of digital land and other assets.

But let’s not digress with hypothesis here…

From an amusement perspective, video games possess a great capability – to make time fly by in a split of a second.

Why and how could games become more central in our lives?

No, it’s not just the entertainment aspect that should be taken into consideration here, but rather a bit more prolific approach – the economic side of it all.

What if we could be earning money in the future through gaming, through playing video games to be more precise? This brings us to the part of virtual economy.

There is certainly no doubt that people will be using games either to find meaning, to kill some spare time, but also for income! There are several platforms already that enable you to earn their native tokens by accomplishing different tasks and drifting onto the next level. Thus, an incentive is created, the one that entails you to spend more time engaged and entices you to pursue goals harder, hence meeting the required standard and enabling you to cash out your effort. We may conclude that eventually, at some point, in-game assets will reach the point of becoming valuable to all players.

And all of that achieved through playing! Picture that for a moment!

So, if we assume that people will be spending more and more hours in-gaming, then it’s only a matter of time before advertising becomes part of that same in-gaming process, literally built in and synced live.

Moving on to another use case that will provide more traction – in game trading.

Game developers will gain immensely by allowing players to trade. It will become more common and crypto will play a monumental role in allowing for that change to take place and become feasible. Because when it comes to collectibles, items, in-game currencies, that’s when crypto will shine and highlight its major role.

The idea of using blockchain to trade digital goods is definitely not new. In late 2017, a video game that outlines the above mentioned had produced such a frenzy. CryptoKitties gained so much attention because it allowed users to breed kittens, purchase and sell these exclusive digital cats, some of which had a price tag of thousands of dollars.

“CryptoKitties introduced what a blockchain could do. It showed the benefit of having a public record of transactions people could trust, and how an in-game economy is well suited to blockchain,” said Brett Seyler, who is Chief Platform Executive at Forte, a media company based in San Francisco.

Unfortunately, CryptoKitties did not succeed in obtaining permanent traction, partly due to being deployed on Ethereum blockchain, as it proved to be too congested, an issue the network has been dealing with ever since.

Just as there are exchanges that allow you to trade ERC-20 tokens, there are those that let you swap non-fungible tokens, like the kittens you look after. Let’s just give a quick definition to those who find this term unknown.

A non-fungible token (NFT) is a sort of cryptographic token which represents something unique, therefore not interchangeable. This is in contrast to cryptocurrencies like bitcoin, and many utility tokens that are fungible in nature.

Blockchain industry tends to create games that have something to do with money and CryptoKitties were pioneers in that.

I presume most of you are familiar with the game called “World of Warcraft”, dubbed “WOW”.

Did you know that people were buying other players’ accounts off eBay for enormous amounts?

Did you know that there were legit websites that sold WOW’s in-game currency such as “gold”?

And for the grand finale, were you aware that that same “gold” is worth more than Venezuelan bolivar and few other national currencies?

By integrating blockchain technology into their platforms, game makers could bring slew of transactions inside the game.

Interoperability is a point that must not go unnoticed. On a basic level, it is reusing items in a different game. As games’ architecture becomes more and more complex, and demand for interconnection rises, it will need to find a way to accommodate and assimilate with other blockchains for it to be compatible on a large scale.

XRP army was thrilled when Ripple announced, half a year ago, that 100 million dollars would be placed into development fund in an attempt to expand its blockchain services beyond its core business. At the same time, if the gaming platforms decide to integrate Ripple’s adopted Interledger Protocol, it could spark broader adoption of XRP.

I’m afraid we still haven’t seen the fruition of Ripple’s endeavors… Hopefully its users will not get agitated, yet again.

Among those who recognized the insatiable potential of video games is Tron. Last year in November, it reported its plans to launch a blockchain gaming fund, a.k.a. TRON Arcade.

According to TRON CEO Justin Sun, the firm’s expanding popularity depends on it and it will be gradually funded over the course of three years with a whopping USD 100 million.

In a press release he commented: “Tron strives to tackle existing issues faced by the gaming industry by leveraging the open, transparent, and immutability of blockchain technology, Tron Arcade will play a crucial role in encouraging developers to join in our mission and provide the best blockchain gaming experience to users around the world.”

Ever since then, they concentrated mostly on the gambling games and they’ve been doing quite well I must add.

We simply cannot proceed without mentioning the economic strategy game called Prospectors, which will find itself on the Worldwide Asset eXchange (WAX). It was launched on EOS only couple of months ago.

Content Manager at WAX, Arielle Brechisci, stated: “The exciting game of strategy gives players endless opportunities to earn crypto gold by utilizing blockchain technology, where they can start a business and explore a world teeming with resources there for the taking.”

Well there you go, all summed up and wrapped up for you to analyze.

So, whether you are an investor, a developer, a gamer, an entrepreneur, game designer, you should definitely keep an eye on a crypto-sector.

This is still a niche that’s going through an infancy period and its potential and possibilities are yet to be fully grasped and discovered.

Try to figure out how will this specific branch impact the future and how will it intertwine itself with digital economy that’s on the rise thanks to numerous crypto projects.

It’s pretty obvious that crypto gaming will become huge and will conquer the markets.

A hint – pay close attention to these three enterprises as they are leading the way currently: Loom, Enjin and Cocos, the creator of game that took mobile users by storm – Angry Birds.

So, follow up different ideas, approaches and infrastructures. Whether you are Millennial or Gen Z member, stay on top of the game, to be in the game 😉