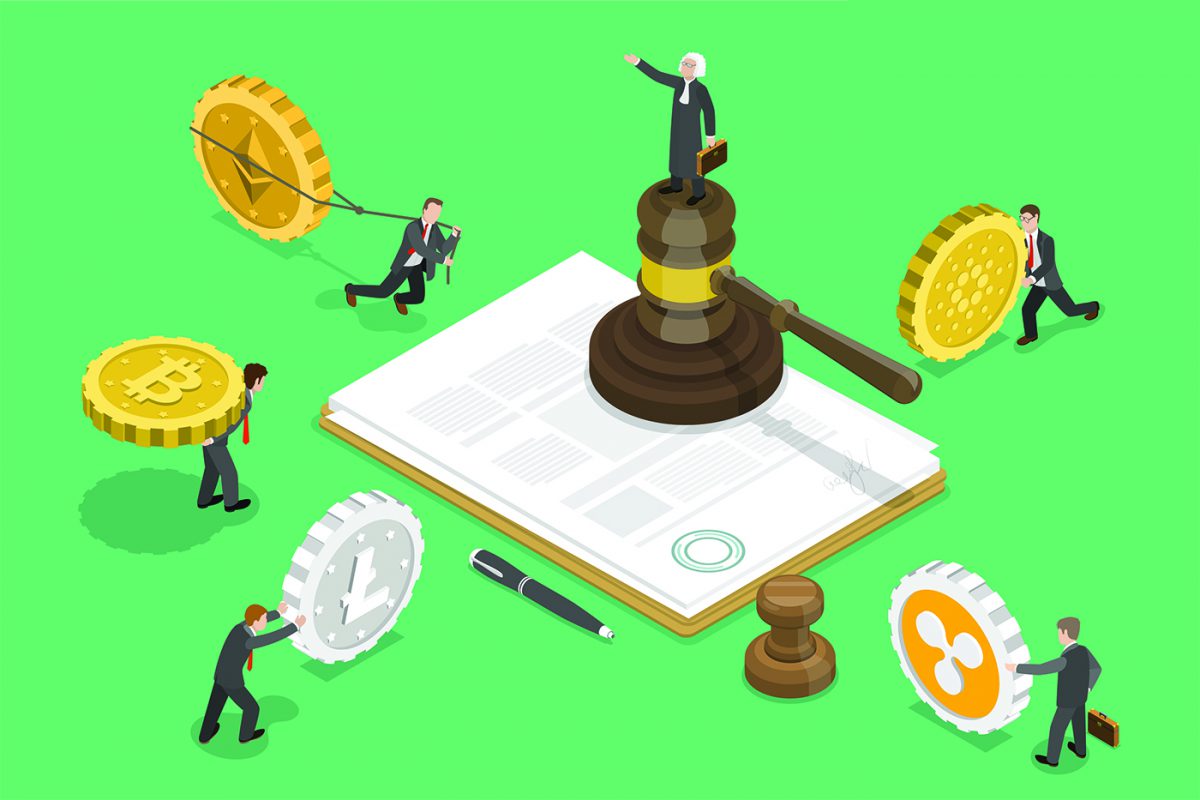 While dozens of countries are discussing accepting cryptocurrencies as payment methods and even considering having their own, the crypto industry is experiencing a renaissance due to positive regulation. Let’s see what is happening in terms of regulation around the globe, and how that affects the countries that regulate crypto, their citizens, and the crypto industry itself.

When it comes to cryptocurrencies, the only thing that’s certain is that no one can state anything with any certainty.

When BTC first appeared 11 years ago, financial institutions shrugged off its appearance as just another fad. The “serious” traders and stock brokers mostly decided to ignore it. However, the early adopters recognized the potential of this new financial instrument. They are the ones who have kickstarted the crypto industry’s development. The ones who have given it life, and started increasing its popularity.

Fast forward to the present and there’s more than five thousand cryptocurrencies in circulation, with a 24h trading volume of $166.405.476.538. This tells us that the impact of crypto on the global economy isn’t just a theoretical possibility any longer, it is a fact that governments around the globe have now acknowledged, and are looking to utilize to their advantage.

Numerous task forces are being organized with a singular goal – finding out how one’s country can benefit from this new technology and financial trend.

To date, countries that have designed their own cryptocurrencies include Venezuela, Ecuador, China, Senegal, Singapore,  and Tunisia, although these countries will not be standing alone for long, with Estonia, Japan, Palestine, Russia, and Sweden looking to launch their own national digital currencies. Some of these countries are likely to take it a step further and replace paper money altogether.

So, for starters, let’s delve a bit deeper into what countries around the globe are doing regarding cryptocurrencies and what that’s bringing them.

In Australia, cryptocurrencies are completely regulated and fully accepted. The laws that Australia’s government has implemented are protective of both crypto investors and consumers.

This regulation is definitely a step in the right direction, as it takes crypto out of the gray area, and straight into the light. Plus, Australia is implementing taxes on digital tokens “just like money”.

Recently, Australia has also published its blockchain roadmap, which sees this technology as one that can benefit the country’s economy. All of this is attracting crypto-oriented businesses to this country, which can ultimately be huge for Australia.

Now, they have announced a plan for standardization of taxation policies for Q4 of 2020, as well as strengthening AML requirements. On top of it, PCFIR wants to bring a positive change when it comes to crypto regulation, that will help the integration of virtual currencies into the mainstream financial markets.

China’s central bank is preparing to test a digital currency. Some pundits say it could mark the beginning of a new economic arms race, challenging the supremacy of the U.S. dollar.

China’s central bank worried that if nearly 2.5 billion Facebook users suddenly had their own electronic currency, China’s digital money could be left in the dust. The bank raced to complete design work and is now reportedly preparing for the first pilot tests of its digital currency. The digital yuan is expected to function more like its paper cousin than a cryptocurrency such as Bitcoin. Its value is tied to the regular yuan, so it’s expected to be relatively stable. And the central bank will be able to monitor every transaction, so it won’t have Bitcoin’s anonymity.

According to the laws of this country, although cryptocurrencies are not recognized as national currencies, they can be treated as money, as well as commodities or goods within the interpretation of their Civil Code.

That’s great for Argentina’s crypto community and this country’s dwindling economy, as it allows both citizens and investors to hedge into safer currencies than their national Peso. On the other hand, this country has also regulated crypto taxation, transactions with cryptocurrency are taxed by existing taxes depending on the type of transaction.

The city of Konya in Turkey has set up a Science and Technology Valley with the goal to apply blockchain to municipal services. They are looking to build a city coin – the project that will enable the local government and other stakeholders to manage the reserve fund for social aid on the blockchain.

The blockchain-based City Coin may be added in the future as a payment method for public services like shared bikes, smart transportation, and electrical buses, among others. Positive crypto developments in Turkey have brought in major crypto exchanges such as Huobi and Binance, which are one by one setting up offices in this country.

Recently, the famous rapper Akon announced an agreement he reached with Senegal to build Akon City that will run on renewable energy and build its economy on Akoin cryptocurrency. That is good news on two fronts – first, it means that Senegal is looking to regulate cryptocurrencies, and second, this will help African entrepreneurs, as this project is placing a strong emphasis on supporting them.

Generating millions in revenue annually thanks to being perceived as a fintech company hub, Singapore has a Fintech Regulatory Sandbox program. This is a way for Singapore to nurture and accelerate the development of innovative fintech startups while helping the Monetary Authority of Singapore (MAS) better identify the risks and challenges associated with regulating such businesses in the future.

The Payment Services Act, which has been described as the world’s most comprehensive regulatory framework governing cryptocurrency and blockchain businesses to date, has recently come into action. It cements the island nation’s place as a true industry hub and opens the doors to further investment and innovation.

Bitcoin and other cryptocurrencies are viewed by legal authorities as goods and not as money. This means that any company operating with BTC or altcoins pays just 7% in taxes.

The New Zealand tax authorities have confirmed that bitcoin and several other coins are approved as salary payment alternatives, subject to employment contracts set out by employers. That means that cryptocurrencies are not only recognized as assets but that it is also completely legal to receive your salary in them. The country is only demanding that the cryptocurrency the employer is using is pegged to a standard currency and directly convertible into a standard form of payment, thus ensuring the financial safety of both employers and employees.

Recently, the retail stores & local businesses in Japan have started functioning through digital currency. Being the second biggest trader of bitcoin in the world, Japan had also established digital currency as the legal tender of the country. Japan’s major crypto exchanges are registered as financial services institutions. Furthermore, since 2016, Japan has officially been recognizing crypto as a type of money. And, on top of it all, there’s a group of lawmakers in Japan, who are reportedly working on creating a state-issued digital currency, as a response to China’s digital yuan and Facebook’s Libra.

Here’s something both traders and crypto exchanges love about this place – Hong Kong has what is known as a “light-touch regulatory environment”. Bitcoin and other cryptocurrencies are exempt from VAT and capital gains taxes, and are seen as commodities rather than currencies. The famous port city already boasts a number of 24/7 cash-to-BTC ATMs, making crypto accessible and more easily adoptable by the citizens. Hong Kong also recently got its first fully licensed crypto lender, showing that this region is more than ready to open its gates to developing crypto businesses.

This country gives legal status to cryptocurrencies via The Blockchain Act. Liechtenstein is imposing laws to promote foreign investment by cryptocurrency firms.

The prince of Liechtenstein publicly claimed that this technology could be a massive tool and if done correctly could help the country in many ways.

This country is the home of crypto valley in Zug, one of the places with the highest concentration of new fintech businesses, because Vitalik Buterin and his team developed Ethereum there. From then till now, this country has progressed significantly, and the city of Zug now even accepts payments of local taxes in BTC.

Furthermore, the Swiss state railway now accepts BTC for ticket payments. And, to finish off the list of good news for crypto – a number of Swiss banks, like Falcon Private Bank and Julius Baer, also allow direct transfers and deposits of select cryptocurrencies. The only potentially hindering factor to crypto adoption in this country is the fact that the regulators have announced that they are looking to restrict the amount of digital currency their citizens can hold without any personal details.

According to Estonia’s government, cryptocurrencies are regarded as “value represented in digital form”. They have been using Digital Ledger Technology for government purposes for several years now. Currently, Estonia uses the euro, and the rules of the Eurozone prohibit any country from creating a competing currency. Nonetheless, Estonia is a leader in blockchain and digital identity. They have plans to create an estcoin that would mimic the value of the euro to facilitate transactions without actually replacing any euros. Think of the estcoin as a side chain to euros, allowing greater liquidity through a new protocol layer.

One of the best ways to illustrate just how accepting of crypto this country is, is the fact that Slovenia has more retail locations accepting Bitcoin Cash payments than the entire US. Possession of digital assets is legal in Slovenia, while the added benefit here is that capital income from trading cryptocurrency is not subject to income tax for individuals. All of these together makes this place a new crypto haven, which in turn attracts crypto traders and companies to open their headquarters in this country.

As always, Germany is practical and efficient. In this country, banks are allowed to work with cryptocurrencies. The German government passed a bill in November that allows banks to sell Bitcoin and other cryptocurrencies, as well as grant custody over them.

It has been met with significant enthusiasm from local businesses, as it would allow banks to streamline crypto operations and give them the authority to safeguard user assets on the basis of their experience and established risk mechanisms.

For now, we’ll stop at these 15. Stay tuned to learn about new developments!