West vs. East In An Epic Blockchain Adoption Saga 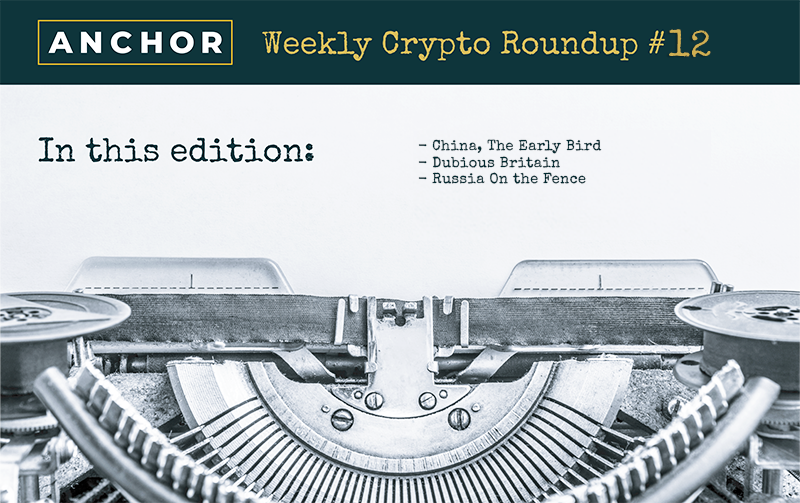 Some are voting for, others against. Some are advocating change, while others prefer the status quo. There are people who see the glass half full and those who say it’s half empty.

Maybe that’s an accurate representation of what’s been going on in regards to crypto. One look at the blockchain adoption world map and you’ll realize that opinions are split.

Wouldn’t it be better if we agreed that there are many nuances and none have to be necessarily 100% correct? Yet they could all coexist in harmony.

It’s been recently confirmed that searches for the word “Bitcoin” have been bursting through the roof. For those who follow statistics, they can check out Google Trends. It clearly indicates that the biggest interest comes from Nigeria, South Africa and Ghana, respectively. Perhaps those who prophesied that developing countries would be first in the queue for digital currencies had a good point. Let’s face it, a larger part of Africa is still unbanked and peer to peer exchange allows them to participate in the economy.

One thing is certain, this industry successfully delivers one kind of advancement or another on a daily basis and is packed with innovative ideas. Therefore, the news is fueled with breaking insights.

So, let’s discover what’s happening on the scene and behind the curtains and try to figure out what’s between the lines of some of the stories that made the news during the past seven days.

Last week’s finish line was pretty spectacular. The president of China, Xi Jinping, went public on Friday, October 24th, declaring his long-term vision of the country’s full adoption of blockchain technology. Consequently, the markets followed with a tremendous spike in cryptocurrency prices, especially those that are developed in Asia.

Tron was the winner with an amazing 25% climb, an increase that propelled the currency among the top 10 performers in the world.

With a population expressed in billions, China might significantly affect the entire crypto space and become a leader in the sector. Whoever carves out their spot in the Chinese blockchain and crypto market at an early stage could reap handsome rewards in the long run.

Only a day after the president’s announcement, a cryptography law has been passed by the Standing Committee of the 13th National People’s Congress.

But what does this imply?

Well, in layman’s terms it practically means there will be a standardized framework which will be applied to all businesses that have some sort of cryptography model implemented in their system.

As it turned out, this move was compulsory because the Chinese were already working on their national cryptocurrency. Even though there is no roadmap for its development in sight, being familiar with their resourcefulness and knowing their enterprising attributes, it would come as no surprise if they found themselves all over the headlines as early as next year.

If we were to compare the current state of affairs with those dating back to 2017, all this might come as a shock to some of you. 2017 was the year China took a firm stand against the entire crypto initiative, first prohibiting ICOs in the country and then banning crypto exchanges. There was even speculation that miners were going to be forced into exile, seeking a new territory to operate from.

Fast forward and we see a whole different scenario being played out. Believe it or not but now, the Republic of China is taking anti-blockchain sentiment passionately and will be actively removing any comment posted online, claiming that blockchain is some sort of hoax.

Mr. Xi Jinping is obviously serious about his intentions and his statement only confirms that:

“We must take blockchain as an important breakthrough for independent innovation of core technologies, clarify the main directions, increase investment, focus on a number of key technologies, and accelerate the development of blockchain and industrial innovation.”

What is more, members of the nation’s Communications Industry Association have even proposed celebrating October 24th as a national day.

There’s no doubt, if we were to witness countries following China’s example, we might as well expect to see a boom of the crypto industry. In that case, it would only be a matter of time before the USA decides to get fully on board and start competing.

One might argue that this would be a good time for North America to take Zuckerberg’s word of advice more seriously.

Regardless of the hype spurred by the Chinese president, there is little to no mention of how cryptocurrencies will be treated in general. The fact that he is enthusiastic and wants to embrace modernization doesn’t clearly imply that he supports crypto.

What do you think, is China going to become blockchain’s leader and proponent? More importantly, how will their actions further affect the crypto market? Discuss it on our Telegram Community Channel! >>>

When it comes to crypto, the United Kingdom is still walking the line, hesitating to make a decisive transition. Although the crypto fever seems to be on the rise among youngsters who have chosen to invest in digital currencies, FCA, Financial Conduct Authority is inclined towards a tight regime.

Great Britain still hasn’t enacted any specific legislation. What we know for a fact is that according to HMRC, Her Majesty’s Revenue and Customs, those who engage in any sort of trading, will be subject to taxation. Even though this government body considers the purchase and the sale of various cryptocurrencies as an act of gambling, as long as there are chances of achieving gains, those who wish to partake will have to abide by the law.

What other way to obtain information on those who exercise crypto transaction as a source of income, than to go straight to the origin that binds them – crypto exchanges. Having this in mind, one might argue that targeting exchanges almost amounts to enforcing a strict policy on the whole country.

Last December, HMRV published a document which explicitly shows they are not reluctant to strengthen control over crypto admirers. It doesn’t matter whether you have come by the tokens through trading, mining, accepting in the form of salary, or even receiving as a gift, you fall under some tax category and are obliged to settle your dues. Of course, national provisions vary depending on the service.

As incredible as it might sound, the government agency went so far as to send a letter to registered crypto exchanges demanding a list of all of their clients. The ironic part is that they will be looking into the records that go back only a couple of years. Technically those who on-boarded before that interval will be off the hook.

So you see, although the country didn’t draft a particular ruling on crypto, by going after the exchanges they managed to surveil literally everyone involved.

The chill that ripples down many a politicians’ spines is understandable. Should crypto find a way to slip out of the regulatory grasp of ‘old money’, the need for an old-fashioned banking system would disappear.

Russia On the Fence

Last year, one of the biggest factories in Russia responsible for manufacturing aluminum, fell victim to U.S. sanctions. The political tension between the two global forces led to shutting down the engines of The Nadvoitsy Aluminum Plant.

Here comes the pivot, however.

Rusal, a Russian metal giant who owns the above-mentioned facility, decided not to allow the premises to collect dust. They’ve recently made an agreement with the Russian Mining Company (RMC), which stipulates that a part of their production site will be leased for the purposes of mining Bitcoin.

Allegedly, Mr. Dmitry Marinichev, the founder of RMC, asserts that through a partnership with Cryptonex, a crypto exchange and an online mining platform based in England would be able to cover 20% of the world’s BTC mining. In other words, it would all come down to approximately $100 million in monthly revenue.

This is not the first time RMC has set itself on such an adventure. As a matter of fact, they have previous experience in building a similar business model. At one point they were using a car manufacturing company, located in Moscow, for mining BTC. However, as the whole market had seen a sudden drop at the time, RMC had no other choice but to abort its operations as mining became unprofitable.

The largest country in the world certainly wants a piece of the digital cake. Luckily there is still enough to go around for everyone. CZ’s recent visit to Blockchain Conference in Moscow only proves that. According to CZ, a transcontinental country is a key market. The crypto realm welcomes and recruits all countries. If a huge territory such as the Russian Federation appends itself to the global blockchain community in this way, a rapid expansion of crypto would surely follow.

Despite nothing being official yet, the CEO of Binance brought up that he was negotiating with several banks, in the Russian capital, trying to facilitate electronic payments and take care of the ruble bank accounts. He also expressed his desire to bring his stablecoin project, dubbed Venus, to the largest Slavic country.

As is the case with many countries, Russia still hasn’t formally straightened out its cryptocurrency status. However, CZ believes that should Russia table a bill regulating crypto in the near future, it would be a good thing for the whole industry. In order for that to happen, however, the Russian government needs to take a clear stance on the matter.

At the end of the day, we must not forget that one of the reasons Satoshi Nakamoto emerged and introduced blockchain, was to turn things around and encourage people to take power into their own hands.

Realistically, who could have predicted that such an idea would take every corner of the world by storm? An example of sheer will that brought together nations, connected companies, aspiring minds and so many others.

At this stage, nobody really knows what the future holds. We may only play the guessing game. There is an occasional tension rising on both fronts, those in favor of financially liberated humanity and those who vote for a controlled environment.  Time will tell if consensus will be reached or if one side’s efforts will prevail.