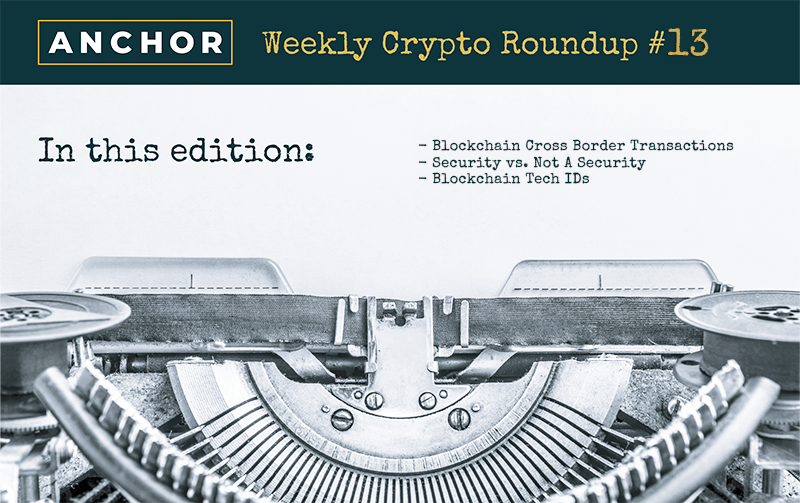 After a stormy period, with heavy showers over the crypto land, it appears the clouds have dispersed and markets have entered a tranquil zone. Both the bulls and the bears are consolidating their positions, waiting for the right moment to strike and seize the day.

Every once in a while, the CCID Research Institute releases the Global Public Chain Technology Evaluation Index. Basically, a list comprised of evaluation marks in three main areas: basic technology, application and innovation. The main points of investigation include the function, performance, safety, and decentralization of the public chain. The 14th edition recently made the headlines, and there’s a good reason for it.

In China, it looks as if the cards were shuffled differently… According to the CCID’s recent stats, BTC is ranked 11th. A lot of projects some of you have never even heard of managed to surpass Bitcoin in terms of usability.

Now, keep in mind that the survey was conducted on the territory of the Asian continent. This register takes into account and depicts the real situation only in the land of the Far East. As the poll illustrates, there are three major Dapp platforms that predominantly rule the scene. EOS still reigns, as their Dapps have by far the most engaging and refreshing outlook.

Tron and Ethereum are right behind. It’s really no surprise to find TRX so high up on the list. Reportedly, the majority of crypto gambling platforms are powered by Tron. With a huge interest in games of chance, Asia has provided Tron foundation with quite a large user-base and allowed them to compete in the big league.

But enough about that, let’s see what’s been going on in the other parts of the world since our last meetup.

Some vicious competition for blockchain payments is taking place at the moment.  Mostly it’s been a race for the title among the stablecoins.

The merit for the study on the value of Business-to-Business (B2B) cross-border payments carried out on a blockchain, goes to Juniper Research, a company that deals with analysis, forecasting and consulting for Digital Technology Markets.

As their numbers show, we will exceed $4.4 trillion by 2024, after reaching $171 billion this year. So, if their predictions are correct, we might end up seeing some of the largest financial institutions saving billions by 2024, all thanks to the advantages of blockchain-based systems.

The author of the research, Morgane Kimmich, proudly stated:

“The implementation of blockchain is part of a wider strategy for financial institutions to digitally transform operations. Blockchain will enable stakeholders to reduce operational costs in a competitive market that is becoming increasingly commoditized.”

The paper that Juniper Research released also contains a ranking of the top blockchain solution vendors, highlighting experience in the sector, marketing efforts, customer deployments, as well as the actual solutions.

According to the list, IBM stands out as the winner and the things that set this tech giant apart from others are the diversity of solutions and impressive client base. The runner-up is Infosys Finacle, an Indian financial service subsidiary, followed by security firm Guardtime, based in Estonia, and blockchain enterprises such as R3 and Ripple.

As you may notice, the blockchain cross border landscape is beginning to mature.

Ripple is perhaps the first one that decided to deploy such financial solutions and is among those who entered at an early stage and used their position in their favor. From 2012 to this date, they have successfully established over 200 partnerships.

Judging by the number of acquired cooperations, one could think that Ripple is leading the market. Don’t forget though, IBM and Visa are also attempting to introduce blockchain in cross-border remittances and payments.

With an increase in demand for remittance resolutions, logically, companies will be facing greater competition. So far, those that could bring upheaval are Visa B2B Connect and IBM Blockchain World Wire. We anticipate that these two behemoths will seek to take advantage of their global presence in order to build trust and partner up with various networks to improve scaling matters.

Security vs. Not A Security

After discussing the rate of industrial growth related to cross border payments, we move onto an area that might require additional consideration.

It’s been brought to attention that Ripple might be facing heat from legislative bodies. Depending on the court ruling, there is a risk of possible enforcement actions by regulators.

The closely watched lawsuit against Ripple has created a lot of buzz lately. In fact, many describe it as a remarkable, shrewd maneuver performed by Ripple’s army of lawyers.

An existential dilemma lies at the heart of the ongoing dispute:: Is XRP security that should have been registered as such under U.S. law? The current defense tactic exercised by Ripple is called “statute of repose”.

What would that imply?

Practically it means that the company calls upon the fact that the plaintiffs are too late in filing the lawsuit. According to them, the time for accusations and for alleged wrongdoings has long expired.

Certain attorneys such as Mr. Paul Godfrey from Florida, claim that thus far, Ripple has managed to evade legal contention by stating the conclusion, yet without arguing the facts.

“Moreover, Ripple’s statement that XRP is not a security because it is a currency may not necessarily hold up. Something can be a currency and still be a security or investment contract under securities law,” Stephen Palley, a partner in the Washington D.C. office of Anderson Kill, commented.

He continued: “Basically just because it’s one thing doesn’t mean it can’t be another. It can be a security for one purpose and currency for another. The application of one framework doesn’t exclude another.”

One of the main concerns Ripple has at the moment is the probability of remaining a target for lawsuits even if they come out as victors.

Apparently, it’s quite difficult to prosecute any type of crypto business in a court of law. One of the main reasons for that is simply due to the fact that they don’t have money.

On the other hand, what embellishes this case is the fact that Ripple sits on tons of capital.

“Even if Ripple wins, it’s not necessarily the end, and that’s what’s interesting and people don’t understand the relationship between civil litigation and regulatory enforcement and criminal, and class actions … it would mean something [if the case was dismissed] but it doesn’t necessarily mean it’s the end.”

Judging by the current development, this might turn into another never-ending story.

Some African countries, as well as some from Latin America, have already voiced their intention of creating a system that will be fully reliant on blockchain technology and will act as a safe storage of personal identifications.

Only three days ago, the Republic of Azerbaijan confirmed that they are en route to completing a blockchain-based digital ID system by the end of 2019. They plan to fully implement it and begin with the adoption as early as in the first quarter of 2020.

But this is old news. Such a blockchain-powered mechanism has been on the tech roadmap of Azerbaijan since 2018.

Farid Osmanov, director of the information technology department at the Central Bank of Azerbaijan (CBA), has already highlighted the prospects in terms of security of personal data, as well as processing of the same.

Amidst all of these wonderful announcements coming from three different continents, the tiny island of Bermuda, tucked in the North American Ocean, has decided to jump in as a fresh contender.

Someone once said: “It’s darn easy to adopt an impeccable use case.”

That’s exactly what we’ve been witnessing lately. An overgrowing sympathy towards a technology that tends to make our lives easier.

This Atlantic island has employed Perseid Network, Shyft Network and Perseid e-ID as main entities in charge of the backbone structure of the project.

Although we don’t have information whether or not the official phase 1 has rolled out, Bruce Silcoff, CEO at Perseid, said that the future design of e-IDs will represent state of the art technology paired with a compliance-based regulatory framework.

If Joseph Weinberg, the CEO of Shyft, is right, Bermuda will welcome a highly complex infrastructure that facilitates and binds together enterprises, institutions, services, and citizens. Such a model will be intertwined with a slew of smart contracts.

For a long-time crypto has been perceived as a virtual game, played by the enthusiasts of a small community. A harmless invention that indulges the nerdy types.

Today, however, there is a paradigm shift that is revealing its underlying capacities and strength.

We’ve reached an era in which rivalries between the countries started to form, and it seems that the sky’s the limit.

Analogies made between crypto and the moon landing or building groundbreaking missiles, or the internet race that took place back in the 90s and early 2000s, are becoming more common and popular.

One characteristic that made it so appealing over the course of the years is its thesis on decentralization. Will it manage to sustain all the attributes that Satoshi Nakamoto originally appended? Will the world strive towards its full adoption in that sense?

Nobody might have the answers to these questions, but there is a globally accepted consensus – Blockchain and crypto are for good!