The BTC Drop: Is winter coming? 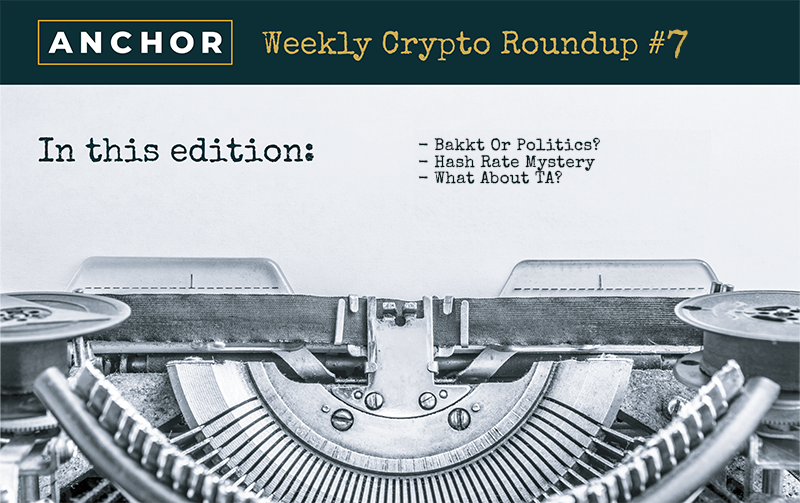 Looking back on this past week makes you wonder if there is a correlation between the oil incident in the Middle East and bitcoin’s plunge in price.

Amid tensions revolving around Iran, the trade war with China, and culminating with the drone attack on Saudi Arabian oil fields, and the ensuing sabre-rattling on both ends, there has been a lot of discussion whether BTC was the right refuge in the face of a possible prolonged crisis and conflict.
The market seems to be telling us, however, that, now that push has come to shove, investors might be rallying around more traditional assets that have historically proven themselves as safe stores of value for the long haul.

What investors from traditional markets are not accustomed to are such enormous oscillations which can’t be classified as normal, within the price range they are used to. The newbies are possibly in a panic-sell, exiting into proven assets, while BTC hodlers are looking to have a field day, when the price of BTC recovers to its psychological threshold. We’ve seen it all happen before and no one in the crypto sphere is really surprised anymore.

Have any theories about the connection between the Gulf crisis, the price of crude oil, and BTC?  We welcome you to share your thoughts with editor@theanchor.io.

Now, let’s dig a little deeper into the various aspects of the BTC price drop.

I can’t help but notice that there is something really strange going on related to the recently launched Bitcoin futures contracts exchange.

The reported volume after the first 24 hours was rather lethargic, leaving traders and investors wondering if the demand from the institutions was not as high as previously expected. There is a lot of comparison between Bakkt and CME circling around. However, do not forget that CME is cash settled, while Bakkt is BTC regulated. For the sake of argument, let’s briefly review the reported figures both of these posted after their first day:

But that’s not how success is measured. A spokesperson from Bakkt addressed the issue in a message sent to Forbes journalist Benjamin Pirus, stating:

“On the first day of trading on ICE Futures U.S., there was strong industry participation in Bakkt Bitcoin Futures and the [October 2019] monthly contract had the tightest bid-offer spreads in the market, which was an exciting achievement. As the only end-to-end regulated market for digital assets, Bakkt Bitcoin Futures will play a key role in bringing greater price discovery and risk management to the Bitcoin market.”

Yes, it is true that once CME was set in motion, Bitcoin had seen quite a sharp fall, going from 19K to 17K. According to the way things played out back then, one might conclude that history tends to repeat itself.

Of course, there are two sides to every coin.

Geopolitical and macro-economic circumstances play a crucial role in determining how the prices of stocks, commodities, assets, securities and even cryptocurrencies are set and moved.

Looking at things from this angle, one could argue that the latest talk of president Donald Trump’s potential impeachment, based on the alleged leaks of his phone calls with his Ukranian counterpart, was the primary factor in the current market dip.

It also seems that Mr. Trump is trying to force the Federal Reserve to keep up with the pace of the European Central Bank, which has recently tightened the negative interest rates, bringing them even lower. He expressed his discontent through a tweet:

There are many analysts, traders, hodlers, and influencers who believe that such a drift would only consolidate Bitcoin’s position as a valuable asset, but we have yet to see some hard evidence to substantiate this.

On September 23rd, a peculiar event occurred in the BTC network, namely a sudden drop of 40% in hash rate. Let’s first define the term “hash rate” to all the newbies who might be reading.

A hash rate is basically a measurement of the computational speed. Practically you could say it shows how quickly it takes miners to solve complex, mathematical operations and store them into the block.

Another way to look at it is that it portrays the health of the network. The more computers that participate, the higher the hash rate per second, thus making the entire infrastructure more secure.

Despite the fact that it didn’t take long for the network to recuperate and restore its old numbers, no one seems to be able to put a finger on it.

There could be few explanations though….

For one, although it is highly unlikely, some have speculated that perhaps a power outage occurred simultaneously in several parts of the world, where a large number of mining rigs are located. Just as equipment failure in some of the mining farms could’ve been the case, leading to a substantial drop.

Then again, others point out that there is a possibility of graphic cards and ASICs failing to deliver in compliance with the increased difficulty rate. Once again, a far-fetched thesis.

Are miners shutting down their machines?

Well, whenever there is a hunch that the price might collapse, it is probable to see miners acting intuitively and accordingly. You see, there are a few factors they need to take into consideration to calculate profitability, including the cost of equipment, cost of electricity, the difficulty rate of mining, and the price of BTC.

But if we are to assume that happened, how did it all return to normal so quickly? Yet again, an implausible scenario.

There is a never-ending debate in the crypto and blockchain community, whether it is the price that follows the hash rate performance or the other way around.

Max Keiser, one of the more significant players in this space, has been a proponent of the theory that the hash rate relates to price action. He once tweeted:

It is true that the overall sentiment and confidence grows as we see increased hash rate and eventually that leads to more funds flowing into Bitcoin.

Peter Schiff, an eminent economist, stock trader, financial advisor and above all long time BTC skeptic, would gladly point out that this was destined to be written down. But truth be told, his statement is far from being called a prediction.

If we scrutinize the chart a little bit, we may realize that this sort of market behavior was expected to some extent and most experienced traders actually anticipated this plot. There was a clear sign of a descending triangle forming for quite a while and it was only a matter of time when it would break its boundaries. In the meantime, most hoped it would be on the resistance’s side, however, quite the opposite took place.

Once that candlestick ripped the support line at around USD 9,500, all hell broke loose.

Depending on the time interval adjusted on your platform, one could deduce that we are officially in a bear trend. That being the case, it might be a good time to apply the Fibonacci retracement tool and be patient.

Moreover, the current situation appears to be a replica of 2017.

While many perceive this as an opportunity, others are backing out, it’s just a matter of human psychology and speculation.

There is certainly no need for pushing the emergency button as there are ways to insulate yourself from volatilities that are being demonstrated by BTC. One option would be to take cover leveraging the price stability of stablecoins.

Be it as it may, what is certain here is that the overall crypto market capitalization has shrunk by a massive USD 30 billion in a matter of hours.

Just take a glimpse into these Whale Alert stats:

A closer look at the crypto landscape will show that our community is expanding on a daily basis and that the space welcomes new projects that are viable and worthy. However, the turbulence clearly indicates that we are still far from the level of adoption and widespread trust that is necessary for a system with long-term stability.

Whether you perceive all this as a conundrum or not, it turns out that the good old saying, “You can’t make an omelet without breaking a few eggs,” is just about the right description here.

So, is there a recipe for success in the world of cryptocurrencies?