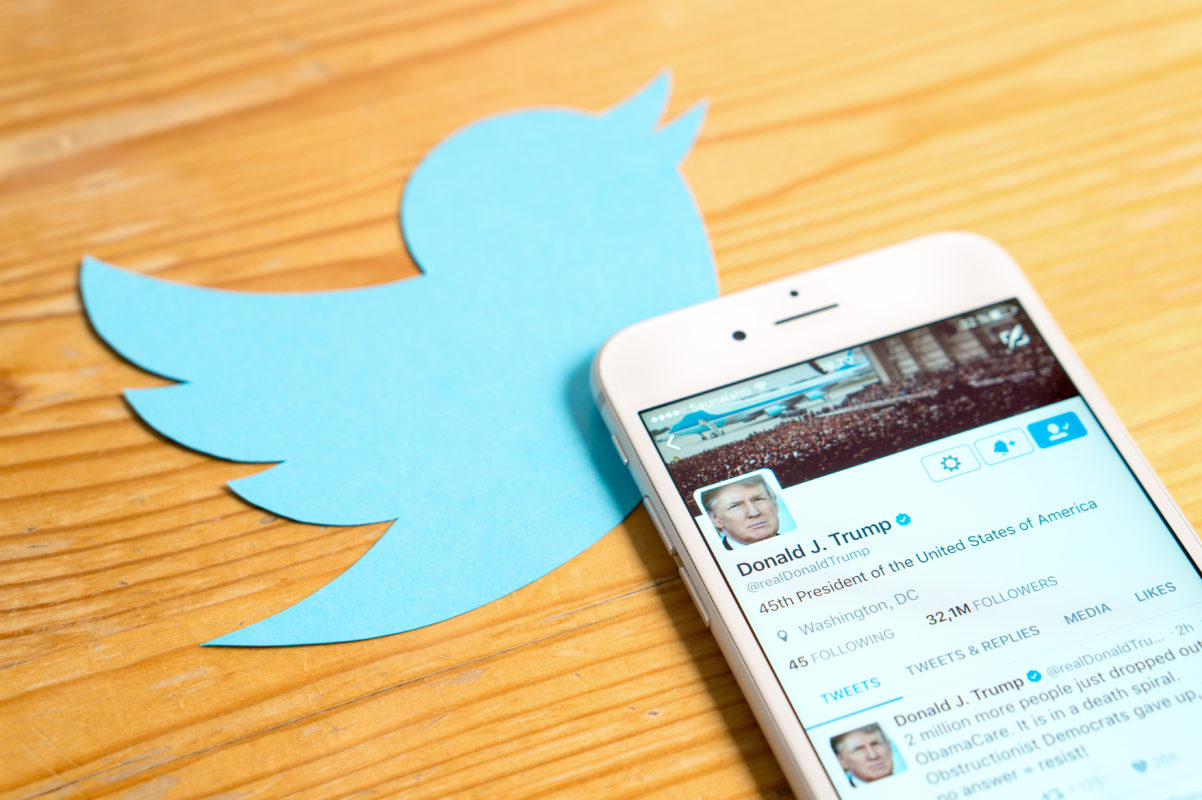 President Trump has recently published a tweet about Facebook’s Libra, Bitcoin, and basically every other cryptocurrency. What will that do to the blockchain landscape?

Twitter is definitely Trump’s weapon of choice in the arena of public relations. In one of his latest tweets he has finally given his two cents about the world of crypto, inspired the advent of Facebook’s Libra onto the scene.

There have been quite a few officials from the world of politics and finance who have voiced their skepticism over cryptocurrencies, but when the president of the world’s leading superpower drops a comment like this, it is bound to have a ripple effect and garner worldwide attention.

Forbes has even published an article saying that Trump’s tweet just turned Bitcoin into a burning question for next year’s presidential election.

Moreover, as a follow-up, Secretary of the US Treasury Steven Mnuchin has somewhat echoed Trump’s sentiment saying that cryptocurrencies have supported billions of dollars worth of criminal activities. He went on to  make another peculiar claim, stating that the current system (cash) has never been used for ilicit activities. He did double-down on this to an extent, after an ensuing barrage of social media comments and articles, saying that he didn’t believe that it has ever been successfully performed with cash.

Libra – The Catalyst of the US President’s Reaction

Most members of the crypto community have been less than enthusiastic about Facebook’s Libra coming into play. Time again, we have seen various influencers or thought leaders give their (very negative) reviews and opinions about the social media giant’s new coin.

It seems as though Libra has given President Trump all the inspiration that he needed to share his two cents about crypto. In a nutshell, Trump believes cryptocurrencies are not real money and that their value is essentially based on nothing.

I am not a fan of Bitcoin and other Cryptocurrencies, which are not money, and whose value is highly volatile and based on thin air. Unregulated Crypto Assets can facilitate unlawful behavior, including drug trade and other illegal activity….

In the immediate aftermath, many wondered how the crypto world would react. Well, the community took those comments in a stride.

The implication of this sort span of volatility and return to a more stable state of Bitcoin only shows that the stakeholders and the community invested in the crypto space does not really care much what the powers that be have to say about it. Cryptocurrencies are here to stay.

If you can say one thing about crypto enthusiasts it is that they are resilient and that they truly believe in the fact that crypto is here to change the world. But, that’s not the only thing this community is known for. We know how to take a hit and shake it off, and, more importantly, we know how things work. And, we understand why, and how, crypto has the power to disrupt the current financial landscape.

Chris Burniske summarized this issue in a very simple, yet effective manner.

6/ Some thoughts for those that claim #bitcoin is backed by nothing while the 🇺🇸 dollar has robust backing that couldn't possibly fail.. pic.twitter.com/16s5hzg4mU

And, if 6 tweets are everything someone needs to post to completely destroy your argument, you should know that your argument was never even worth considering.

Shortly after the already famous tweet, the CEO of Coinbase, Brian Armstrong, simply stated that the tweet us an “achievement” for the crypto community.

The first reaction to Trump’s anti-Bitcoin post was actually a slight increase in value for the famous cryptocurrency. And, while it wasn’t long-lived or truly important, it has shown that, whatever Trump does or says can only help the crypto environment in both the short run and the long run. In the end, it’s just an additional bit of attention for the alternative version of money.

One thing is for sure, most people simply didn’t think Donald Trump ever gave cryptocurrencies anything more than a passing thought. But, when the US Congress requested moratorium on Libra, he must have taken notice. And, when he started learning about cryptos, he obviously didn’t like what he got to learn. But what is it about cryptos that made him lash out via his infamous Twitter account.

One of the most important goals of the blockchain community is decentralization. Cryptocurrencies are not under the control of any government’s officials. Donald Trump has no power over it and he can’t influence the crypto world in a direct manner just yet.

That used to be something he could obviously live with. But, when a company of Facebook’s stature promises to make a move to the crypto market with a stablecoin that’s not even on the blockchain, but that is a discussion for a different day, now that is a move President Trump can’t just sleep on.

He isn’t the first. In the States, Congressman Brad Sherman even called for a strict ban on cryptos as he believes that they can “diminish” the power of the USA on the international scene.

One thing that most crypto influencers agree on is that Trump’s reaction is showing us that lawmakers, regulators and politicians aren’t up to date with the newest technological advances. In fact, he is far from being the only politician that spoke up against the rise of the Crypto “threat” to the status quo.

One of Trump’s biggest complaints is that Bitcoin is used by criminals. But, let’s face it, the pseudo anonymity that Bitcoin gives you isn’t nearly as effective as the 100% anonymity you can get if you use cash. And, believe it or not, most criminals still prefer cash over anything else.

Nowadays, we have politicians from around the world becoming increasingly negative towards popular crypto projects. Talking about Libra, French Minister of Finance Bruno Le Maire said that a sovereign crypto currency “must not happen”.

Some politicians simply can’t seem to grasp the idea of a decentralized currency working in an independent system.  However, news from the States actually shows that people are rallying behind cryptocurrencies more than ever. Midterm elections are starting to swing towards crypto-friendly governor at an increasing rate.

Being Late to the Game

There have been many other influential figures who looked down at crypto, but it is not that rare or surprising that the “sour grapes” syndrome is taking effect. After quite a lot of people made hundreds of millions of dollars by investing in crypto, it’s quite plausible that entrepreneurs ‘hate’ Bitcoin because they didn’t get on board when that train was leaving the station. The cost of getting on board now is much higher, as the market has in some respect started to mature.

We have seen JP Morgan talk negatively about Bitcoin and other cryptocurrencies. In fact, Jamie Dimon, the CEO of JP Morgan has outright called it a fraud, and many other things, each harsher than the next. And, the stance didn’t end with Bitcoin, all cryptos were “evil” in the eyes of the financial mogul. But, fast forward a few years, and you have JP Morgan launching a coin themselves.

As the President of the United States, Trump is a powerful player in any game he joins, or even mentions. He has steered clear of commenting on the crypto landscape for years, but now that he has, we have witnessed the power of his clout to destabilize the market with a passing comment – there were no lasting consequences.

In the years to come, it will be interesting to see whether officials of his stature,

We expect that major stakeholders in politics and economy, be they presidents, senators, prime ministers or financial moguls, as well as institutions and corporations locked into more traditional financial mindsets will follow the same pattern and lash out or speak pessimistically about the prospects of crypto currencies. This is a sure sign that they are trying to figure out how to position themselves or the institutions they represent to take advantage of this new vehicle of economy, finance and trade that is slowly but surely reshaping the global financial, economic and political landscape.