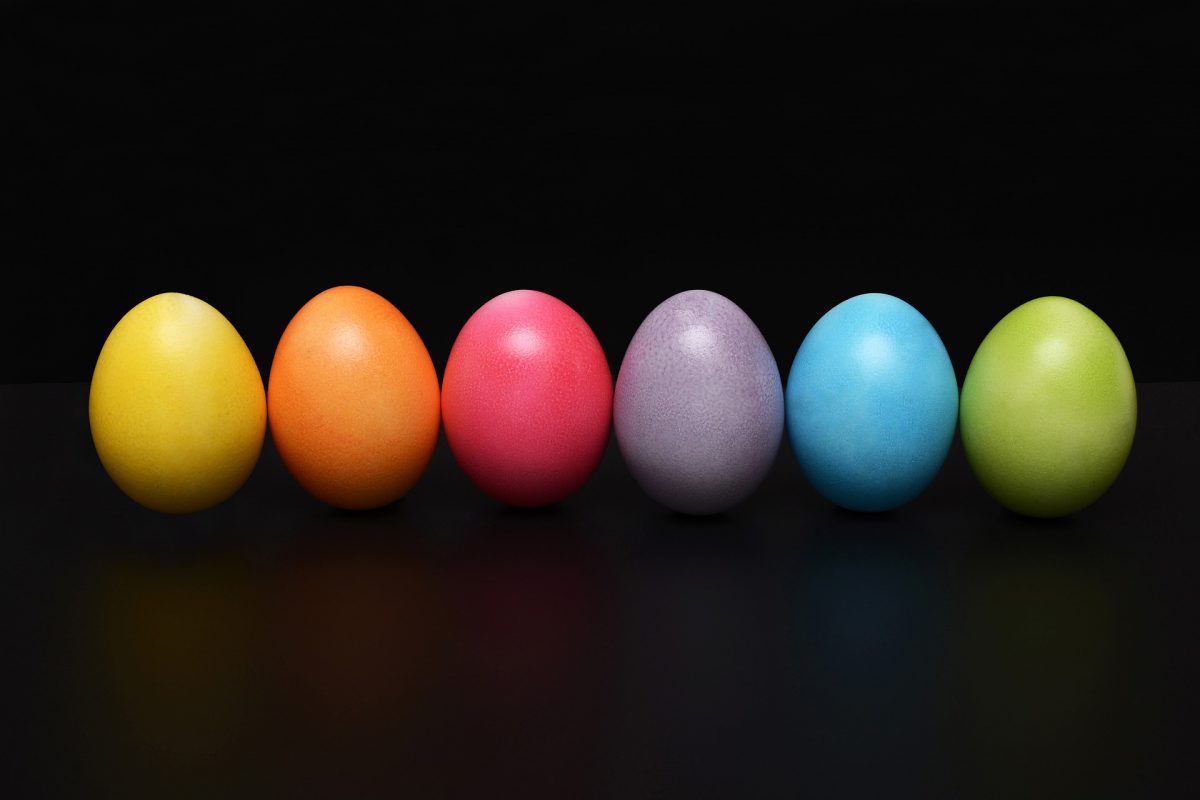 Dear fellow Anchorians, it’s that time of the year when everything seems to be jolly and I hope you are all doing well! Yes, you know what I’m talking about, it’s Easter time!

I believe many would agree that egg hunt is what makes Easter the happiest holiday of all! It’s probably that veil of mystery that adds to the joyous spirit invoked by Easter. Mystery is appealing, it has always been. That being said, I should tell you that the term ‘easter eggs’ has transcended its basic meaning and became known as ‘message, trick, or unusual behavior hidden inside a computer program by its creator’. What does that exactly mean? It means that when creating a game, a commercial, a movie, etc. creators intentionally put some hidden messages that can be detected if you just know where to look.

As the very word crypto means concealed, or secret, it’s no surprise that our community has found ways to hide easter eggs in its products. There are many amazing examples of Easter eggs in crypto, but on this occasion, I’ll present you five that I found most interesting.

Before I introduce these puzzles to you, I want you to know that the prize for all of them so far has come in bitcoin. Already sounds tempting? Then, I’d better start. I’ll kick off with my personal favorite. The setting goes back to the World Economic Forum in Davos in January 2015 when DNA scientist Nick Goldman distributed DNA test tubes to the audience and presented a Bitcoin challenge. He is a firm believer that DNA is a great method for storing digital information, so this was to serve as proof. The person who decoded the files could claim the reward – 1 BTC. But, it wasn’t as easy as it sounds. Especially, when you take into consideration the fact that it wasn’t until January 2018 that the solution was found. It was a Belgian Ph.D. student Sander Wuyts who was shrewd enough and persistent enough to solve the puzzle. An interesting thing is that he decided to put his efforts into it just a month before the deadline after he saw a tweet about the experiment coming to an end. He used Twitter as well to find out if there were any samples left, and Nick immediately sent him one. So, with the help of a friend, he got down to business. He tried and tried, but it simply didn’t work. The deadline was coming closer and he was beginning to give up, but, while he was coming back from an event, it suddenly crossed his mind that he had made a mistake in one of the algorithms. Once he changed that, it took him by surprise that he was now able to see and open all the decoded files with the instructions on how to claim 1 bitcoin. At that time, bitcoin was worth $9500 and it didn’t only change his life, but the future of DNA coding, too.

The Legend of Satoshi Nakamoto

Since easter eggs started to be used in crypto, they have mainly been inserted into some pieces of art. There is one famous artist, Marguerite Christine, mostly known on Twitter as coin_artist who enjoys creating these kinds of puzzles. One day, she came to an idea, together with Rob Myers, to create a series of artworks under the name “The Legend of Satoshi Nakamoto” which contained the private key to a wallet with 4.87 BTC. Hype surrounded the painting immediately, but it didn’t give results which even made the author lose hope the puzzle will ever be solved. But, surprise, surprise…she woke up one day to find out bitcoins from her wallet were missing. What did that mean? Well, someone finally solved the puzzle! Three years later. Who would it be other than riddle enthusiasts? A couple, husband and wife. It actually took them only a month after they found out about the painting. As the man explained, the sentence  “B34u7y, truth, and rarity” was the key, which was the reference to Shakespeare’s poem “The Phoenix and the Turtle”. The hidden message contained two pieces of data and to figure it out you needed to attentively look at flames at the edge and the ribbons tied around the key in the bottom right corner. This solution put nearly $50,000 in this lucky family’s pocket. What’s interesting is that their identity was never discovered, the man presented himself as Isaac, because, as he said: “It’s not safe to have bitcoin in my country”.

Let me lift your spirits a bit! Not all of these easter eggs need extensive time to be cracked. There is one that was solved in a week. Imagine, in a week! Graffiti artist Pascal Boyart created a mural that was the modern interpretation of the 19th-century painting ‘Liberty Leading the People’ and it showed a French woman leading a group of revolutionaries wearing yellow jackets with the reference to the “Yellow Jackets” protests in France. But, the best part for crypto enthusiasts was that it contained a code leading to a wallet with 0.28 BTC, $1000 at the moment, an investment from a bitcoin holder Alister Milne. Luckily, this easter egg didn’t seem to be that difficult. A person with a twitter username Antoine revealed his team and himself as the winners of this race and said they would soon discover the details, but unfortunately, we are to wait a little bit longer for that. However, the good news is that the above-mentioned artist said he was planning to do the same thing every six months, so keep up to date, maybe you’re just about to win some bitcoins.

Don’t be dispirited for not finding out earlier about this, there are many eggs yet to be found! This one is again being connected to the most important name in the crypto world – Satoshi Nakamoto. But, this time the main character is actually Dorian Satoshi Nakamoto, a Japanese-American citizen from LA who bears the same name as Bitcoin creator, but who is allegedly not the one. This puzzle was created by the trading company Phemex and it contains the reward of 2.1 BTC, at the moment $18,000. The puzzle itself consists of an image of the already mentioned person, and it is in the shape of a maze. What you need to do is find the clues within the image that will lead you to the private key. As it is stated it has something to do with ‘ first 21-digit prime that can be found in the consecutive digits of the mathematical constant “e”, which represents Euler’s number.’ The purpose of this puzzle is to educate people about the importance of private key custody and safety and to put forward the idea of a ‘cold’ wallet. And I have a bit of good news for you. If you are not a mastermind, but know one, you can still profit by winning $100 trading hours in case they solve the puzzle. So, better start thinking!

As you could have noticed, crypto easter eggs may take various shapes. But no matter what shape they take, the reward is always valuable. The last one I want to tell you about, but certainly not least is the example of a BTC prize inserted in the video game called MonteCrypto. The game depicts mathematical treasure hunt searching for crypto clues in a futuristic environment. The goal of the game was to find a 24-word private key and the allocated prize was 1 BTC. It took two months for a team of players to crack the code and get the bitcoin. It is unknown whether the creators have a plan for a similar venture in the future, but you should know that this is certainly not an isolated case. The creator of “The Legend of Satoshi Nakamoto” is currently working on a blockchain-based game that she will spice up once again with a puzzle, but this time leading to 15 ETH as a prize. I wouldn’t mind finding that easter egg!

All in all, there’s never a dull moment in the world of crypto! You don’t have to be a cunning trader to have bitcoin, just a riddle lover. So, if this is your case, you better roll up your sleeves and wrap your brain around it because I believe this is one heck of a motivation! Wish you a happy Easter egg hunt!