How to stabilize a currency? 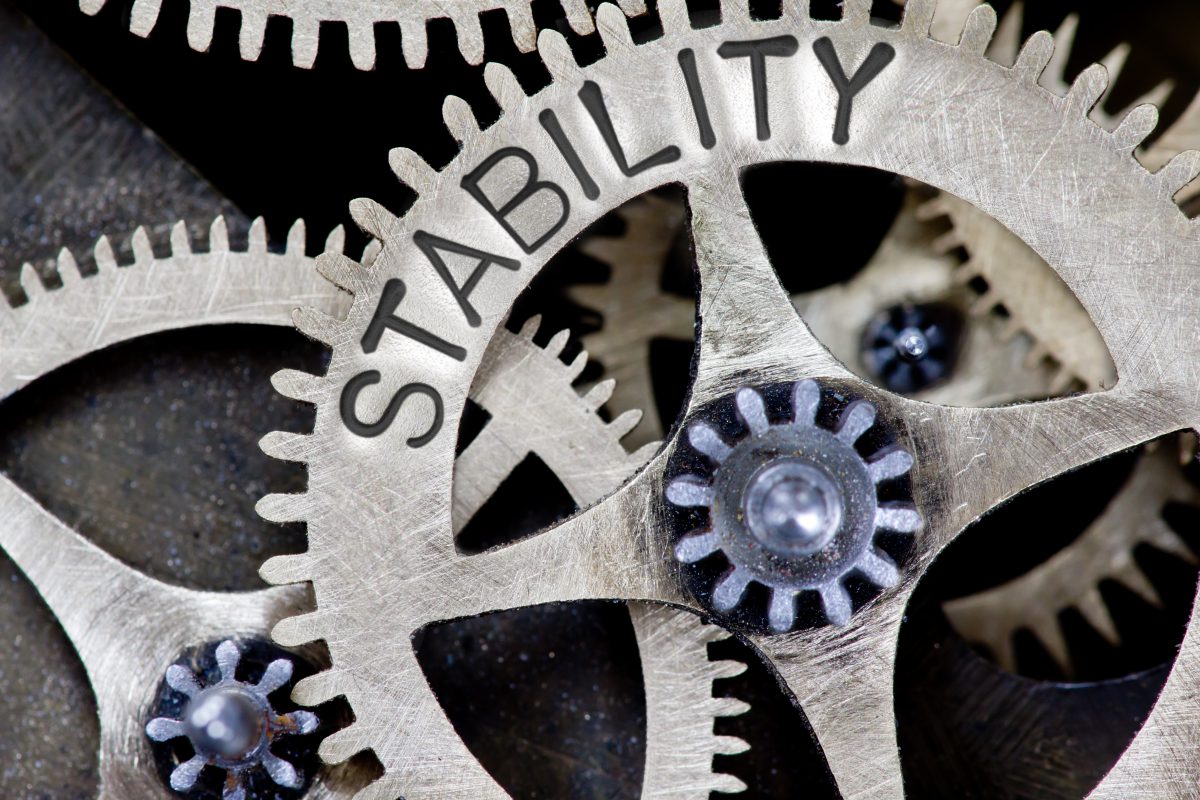 If you have spent any time reading up on our project you are aware that we are on our way to build the one true stablecoin that can make your holdings safe in the long run and weather the instability of the market while simply outpacing the rate of inflation.

But, just saying it is the easy part. If creating a truly stable currency was that simple, Tether wouldn’t be at the top in spite of its lack of transparency.

Finding a way to stabilize a currency is not a novel idea. In fact, throughout our history, various countries have looked for ways to lower the volatility of the value of their currencies. Unfortunately, that is something that is yet to succeed in either the world of cryptocurrencies or in the traditional sphere of fiat currencies. But, let’s check out how earlier projects attempted to fix the issue of volatility.

For starters, let’s take a look at how people tried to fix the traditional, government-backed, currencies.

For this system to operate, any US dollars would have to be convertible to gold. And, they were. Moreover, the United States was tasked with keeping the value of gold fixed and adjusting the number of dollars in circulation in order to maintain stability.

This attempt was simply never destined to succeed. For starters, the deal gave the US too much power. To centralize the global economy in that way was in no way a good plan. And, as soon as the United States began spending increasing sums of money without raising taxes (like when they got involved in Vietnam) the stability began to shake.

The next big step was the suspension of gold convertibility by President Nixon in 1971. The “gold standard” simply couldn’t survive without the support of the US government.

One of the first attempts at fixing the issue was the creation of an international monetary reserve. This reserve would help the financial reserves of member countries. With the funds in the reserves, countries can enjoy better international liquidity and they can even have a bit of a net against an economic decline. But, the “SDR” solution didn’t really catch on and just a few currencies are actually included, making it impossible to get purchase rights if you are not one of the member states. Essentially, the SDRs are useless for individual investors.

Cryptocurrencies have been promising to fix all of the issues of standard currencies for years now. Unfortunately, most of the issues still persist. So, let’s take a quick look at what several existing projects have to offer and why their solutions are lacking. First of all, when we first devised a stable peg of value, our proprietary algorithm, and decided we wanted to create a stable currency, we have taken time to research those who tried to create stablecoins before us. We did our research, found their strong sides, as well as their flaws, and then created a cryptocurrency that won’t repeat the mistakes of its predecessors. One that has a system that has both the power and the potential to change the stablecoin landscape.

When it comes to stable coins Tether is probably the most recognizable fiat-collateralized stablecoin and is pegged to the US Dollar. When it comes to the flaws and benefits, it shares all of the usual features of stablecoins with fiat collateral. While they are easy to understand and have the capability to match the currency along the way, they are less than perfect. For starters, these stablecoins need a third party to hold collateral. Furthermore, they are slow to audit, and the audit itself can be rather expensive.

But, Tether has several issues of its own that we should mention. To begin with, the currency is way to centralized for a stablecoin project and it doesn’t conduct regular audits. They offer collateral backing, but it is quite questionable as it needs the third party. Moreover, there is a potential for conflict of interest in the upper layers of management. Lastly, these coins get minted according  to the overall market condition and they don’t stay in line with the fiat-currency reserves.

On the other side of the coin, we have crypto-collateralized stablecoins. Unlike the previous group (that had the Tether coin at the forefront) these currencies don’t require third parties and have a transparent business model. Also, they offer excellent liquidity.

However, they have the volatility of a cryptocurrency and they tend to be overcollateralized. When you take the most popular project BitShares, you can see that it has a lot of issues that someone looking for stability can’t look over. For starters, the price fluctuations of this coin go beyond what should be acceptable for a stablecoin project. Moreover, the exchange they offer isn’t user-friendly which makes the currency less than ideal for people who aren’t advanced users.

When you hear “non-collateralized” you might think that to be a big flaw. And, to some degree, it is, but the point of these coins is that they don’t require collateral. Instead, they work based on algorithms. That makes them independent of the usual trends in the crypto market. But, they can be vulnerable to downward trends and they need people constantly buying more to keep working.

The perfect example of this group of stable coins is Basecoin, an excellent project, but with a less than transparent plan in regards to implementing an incentive program. More importantly, they have made a single crucial mistake – they didn’t check the regulations in their country. As they ran into a lot of regulatory issues they were, unfortunately, unable to secure a start and they had to return the money to the investors.

Anchor offers an excellent solution to those who invest in this project. To put it simply, we use a proprietary algorithm to match the value of the Anchor token to the growth of the global economy. We named our proprietary algorithm that calculates the real growth of the global economy MMU – the Monetary Measurement Unit. Now, let’s talk about the value peg.

Anchor has its own stabilization mechanisms. And during each of the phases, we want to highly incentivize the users to participate and help the growth of Anchor. But, incentivizing is not all one should focus on. For that reason we have developed a safety net that has six pillars.

The pillars that are tasked with stabilizing our currency within that safety net are:

The Global Economy Pillar – We use the MMU to determine the price of our tokens. That way, we are stable and predictable.

The Daily Adjustment Pillar – We adjust the MMU on a daily basis through the use of the FX indicator which zeroes in on the exchange rates of the top 20 countries in terms of GDP.

The Algorithm Pillar – Whenever there is a step in the inflation rate our algorithm will immediately re-adjust the value of the Anchor to keep the price of Anchor as stable as possible.

The Dual-Token Model – The two-token system we have designed serve as the last line of defense against value fluctuation. If every other buffer shows to be insufficient, we can start using the Dock token to stabilize the value of the Anchor through the Expansion and Contraction Phases.

While the value of the singular Anchor Token will remain stable and unchanging, an increase in demand can certainly affect the market cap of our project. So, what happens then? Well, if the value of a token exceeds the MMU we simply start the expansion phase. In this phase, we will create new Anchor tokens to satisfy the demand and stop the price surge. On the flip side, if the demand falters we can start burning tokens through what we call a “contraction phase” to increase their value and keep it at a steady level.

In essence, we use a burn/mint model to control the price of a single Anchor Token. And, we give out special discounts for our investors so they can make a profit during both of these phases.

Stabilizing a currency has always been a challenge. However, as our technology advances, so does the methodology used for currency stabilization. That means that if we can create a stable measurement unit that is proven to be stable, fiat and cryptocurrencies worldwide will potentially have the ability to become stable.