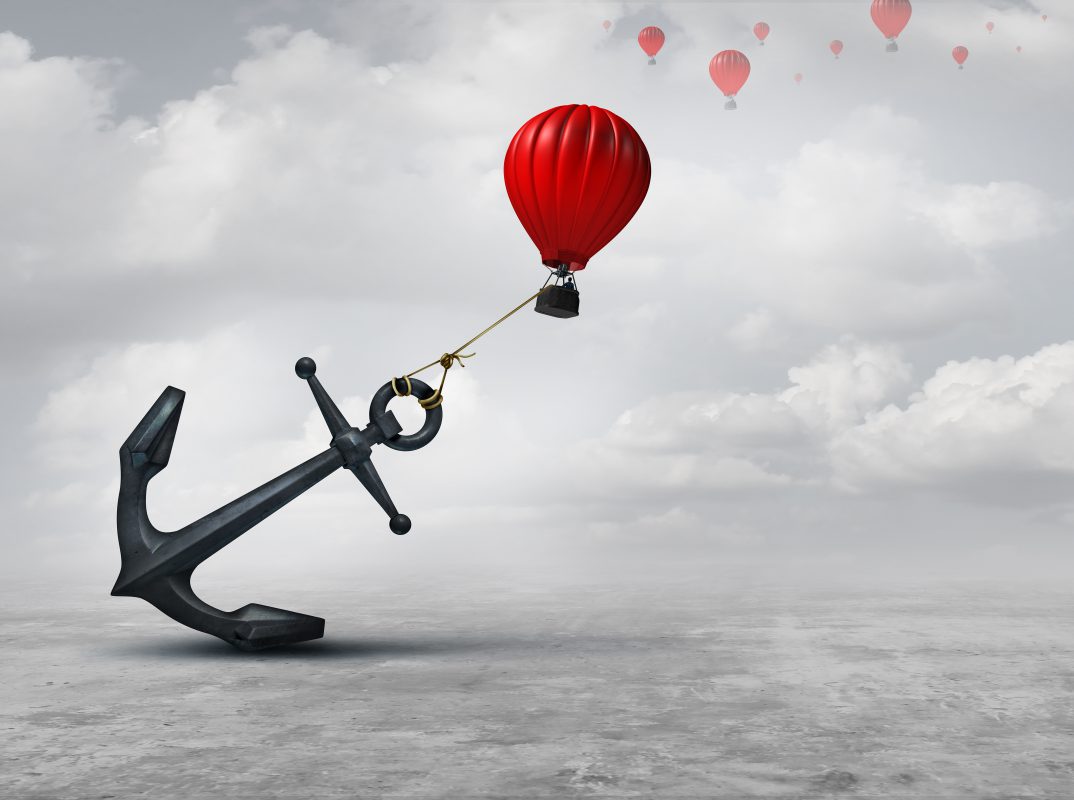 You’ve heard of a new stablecoin that has the potential to alter the crypto landscape – Anchor. However, when you google it, you get several different results. We are well aware of the fact that we’re one of three stablecoins under this name. So, we’re here to set the record straight and explain what sets theanchor.io apart from the rest.

Anchor — Definition of anchor as per Merriam-Webster dictionary

1: a device usually of metal attached to a ship or boat by a cable and cast overboard to hold it in a particular place by means of a fluke that digs into the bottom;

2: a reliable or principal support;

3: something that serves to hold an object firmly.

By the very definition of an anchor, it makes sense why many have gravitated towards using this noun to define their brand and purpose.

As stablecoins, all three Anchors have the same starting point – solving the problem of volatility that plagues the cryptocurrency market. However, each of us offers a different solution to this issue.

To clear up the confusion, here’s an in-depth look at each Anchor coin, their pros & cons, value propositions, and unique features. By painting the whole picture in a comprehensive way, we hope the following will help you make an informed decision about whether or not one of the Anchor stablecoins suits your needs.

AnchorUSD is the result of a joint effort between International Business Machines Corp (IBM), Stellar, a blockchain with similar technology to that of Ripple, and Stronghold, a startup with the main focus on cryptocurrency.

The idea behind AnchorUSD coin is to enable traders to exchange various digital assets quickly and securely, on the same blockchain networks. In essence, AnchorUSD brings nothing particularly new or revolutionary to the stablecoin world. It merely aims to create a network which would enable traders to trade digital fiat currencies across multiple blockchains.

Moreover, AnchorUSD is pegged 1 to 1 with the US dollar. Now, whereas the fiat currency is held by FDIC-insured banks and backed by Prime Trust, this solves only part of the issue. If we take Prime Trust’s claims that they have been independently audited at face value, this should provide traders and investors with a fair amount of confidence regarding the security of their assets.

The Issue of Inflation Persists

On the surface level, AnchorUSD is indeed less volatile than traditional coins, like bitcoin and ether. However, since it is intrinsically tied to the US dollar, it will inevitably share the same fate. The value of the AnchorUSD coin is bound to depreciate over time.

Essentially, AnchorUSD simply facilitates global payments through its platform. It cannot act as a monetary instrument or store of value, which the team behind this stablecoin reveals in the FAQ section of their website.

It would appear that IBM, Stellar, and Stronghold have entered the cryptocurrency world with a singular idea in mind. And, as far as anyone can tell, they have executed that idea reasonably well.

Still, a stablecoin that essentially acts as nothing more than a digital fiat currency lacks in functionality. It does provide value to companies whose client bases are spread across the world, but offers little else.

The Canadian Anchor stablecoin is quite similar to the Anchor USD, in that it is pegged to the underlying fiat currency 1:1. Likewise, it puts the problems of fluctuation and depreciation at the forefront and aims to provide a truly stable digital asset with a relatively constant value.

Simultaneously, it remains centralized in that the real-world asset the coin is pegged to (CAD) is safeguarded through Canada’s trusted and secure financial institutions. Moreover, Anchor Canada complies with the highest industry standards and regulations and aims to become one of the first fully regulated cryptocurrencies.

The platform which the team behind Anchor Canada developed puts emphasis on speed and utility. As a part of the Stellar Network, the stablecoin can easily be exchanged with a variety of other cryptocurrencies on StellarX decentralized exchange. Moreover, due to advanced algorithms, the average transaction time Anchor Canada holders enjoy is less than 5 seconds.

With all that in mind, the main selling point of this stablecoin is still the trust Canadians put in their banking institutions. However, you mustn’t overlook the fact that the Canadian Dollar is depreciating in value, even more so than its U.S. counterpart. In fact, CAD hit a 19-month low against the U.S. Dollar last year, which is the lowest value the currency had in a period of three years.

This isn’t something investors should take lightly, as purchasing a large amount of Canadian Anchor coins may lead to a significant drop in the overall value of their assets, especially if  you ever plan to exchange it into USD, Sterling, or Euro.

MMU is the brainchild of our team and leverages a complex algorithm to calculate the value of our stablecoin in real time, based on the GDP of more than 190 countries. This, in turn, guarantees stability and value appreciation, safeguards the coin against inflation, and irons out the effects of currency exchange rates and negates short-term financial and data anomalies.

Moreover, we ensure Anchor’s stability through a safety net of six pillars, including a dual-token, burn-mint model. . Our two-token system is comprised of Anchor Tokens (ANCT), the currency token; and Dock Tokens (DOCT), the stabilizing utility token. Regardless if demand goes up due to growth, or down due to a recession, our system is designed to maintain equilibrium with the MMU to which it is pegged.   In addition, our stabilizing mechanisms include the Global Economy, Daily Adjustment, Distribution, Re-distribution, and Algorithm pillars to protect ANCT against devaluation, inflation, and volatility.

This makes ANCT ideal for investors who want to ensure that their finances won’t be affected by regional turmoil and other dynamic economic scenarios..

Should You “Anchor Down”?

If you find the vision behind any (or all three) of the Anchor stablecoins appealing, we warmly suggest referring to their respective whitepapers for full details. It’s evident that stablecoins are becoming the preference to cryptocurrency and traditional fiat currency both in terms of stability and functionality.

So, it’s only a matter of discovering which of these digital assets best suits your needs. Now that you understand the main differences between the three same-named stablecoins, you should have a much better idea if one of the Anchor coins is the solution you’ve been waiting for.