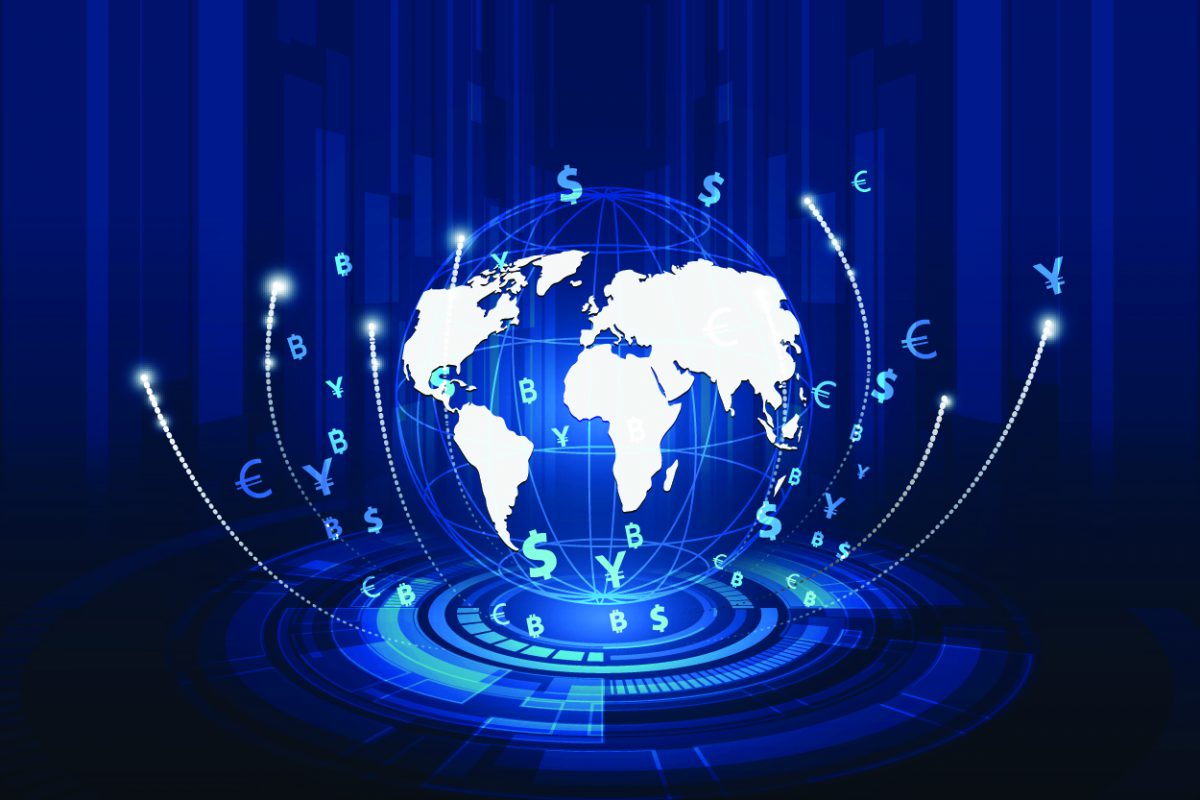 The idea that central banks should introduce digital versions of physical cash is more than just #trending. As popular cryptocurrencies and stablecoins, such as Bitcoin and Tether have gained significant traction worldwide, many major economies, such as the United States and the United Kingdom are exploring the potential of issuing their own digital currency. However, a handful of countries, such as the Bahamas, China, France, Marshall Islands, and Sweden, among others already have a headstart in the digital money race, having taken concrete steps or announced their intentions to launch a sovereign digital currency in the future.

Let’s take a look at the current sovereign digital currency landscape, the racers on the global track, as well as what kind of digital monetary infrastructure could prove to work most efficiently and overcome current hurdles.

What is a sovereign digital currency?

Central bank-issued digital currencies (CBDC), otherwise known as national digital currencies, represent the digital form of a fiat currency of a particular nation, and are issued and regulated by the official monetary authority of the country. CBDCs are secure digital instruments based on the blockchain allowing for an efficient ecosystem of digital payments and money transfers.

Led by innovative governments in cash-averse economies such as Sweden, the concept of central bank digital currencies has drawn both outright condemnation and enthusiastic support for its profound ramifications for payments, monetary policy, and financial stability.

Enthusiasts claim that CBDCs will restrict illegal activity and bring more legitimate business accounting into a country’s taxation system. Central banks should issue digital currencies to safeguard financial inclusion and boost competition. Proponents believe central banks, as opposed to private institutions, should maintain control over the financial system and be an integral part of payment systems improving cross-border efficiency, spurring innovation and competition. CBDCs would also help citizens in poor and rural economies where financial inclusion is low due to inaccessibility to brick-and-mortar banks.

During times of recession, nations could stabilize their economies more quickly. A CBDC interest rate would help to establish a hard floor under money market rates. An interest-bearing CBDC could make monetary policy more effective as the pass through of interest rate changes by the CBDC would be more direct. If CBDC offers a direct alternative for deposits, banks would have less ability to independently set deposit interest rates.

Some fear that CBDCs could also provoke financial instability by disrupting the current business model and taking commercial banks out of retail payments. The Bank for International Settlements’ (BIS) key concern is that in times of instability, customers would rush to move funds out of traditional bank accounts to digital currencies, causing bank runs.

Similarly, CBDCs could trigger much more volatile transfers of money across borders during times of instability to safe-haven, state-backed cryptocurrencies. However, proponents respond that consumers will still use banks for other deposits that pay interest. Central banks could also introduce limits or use interest rates to influence how much people can transfer between their traditional bank and digital account, they say.

Another issue is privacy. A CBDC would leave a traceable digital footprint, holding none of the anonymity of cash. Features in the currency would identify users, allowing governments to track every payment right down to buying a cup of coffee, yet people want and expect some privacy in their financial dealings.

The threat of Facebook’s Libra taking over the global economy and national sovereignty accelerated development of the digital yuan, and the surge of interests of CBDCs worldwide. A survey of 23 central banks conducted by Official Monetary and Financial Institutions Forum (OMFIF) commissioned by IBM between July and September 2019, found that a consumer-ready CBDC will likely arrive within the next five years. In summary, the key findings show the following:

Let’s take a dive into some of the most well-known CBDC’s and their progress.

The Bahamas — A global tax-haven and tourist hotspot, it makes sense that the Bahamas prioritizes maintaining a lead in the economic revolution. Immediately after the digital “Sand Dollars” and accompanying digital wallets were made available in the Bahamas, on 27 December 2019, transactions began in supermarkets, bill payment services, street vendor operations, and local restaurants.

Barbados — A blockchain-based version of the Barbadian dollar was released in 2016 to help service underbanked users in the country. This was a crucial step in building an ecosystem and expanding regionally. Nine months prior, Barbados launched an exchange nine months ago, and the second phase was the digital fiat dollar, an IOU that can be sent and received.

Eastern Caribbean — As the ecosystem continues to grow, now the Eastern Caribbean Central Bank is planning to launch a pilot this year for a blockchain-based digital version of the Eastern Caribbean dollar. The pilot is part of the ECCB’s Strategic Plan 2017-2021 which aims to help reduce cash usage within the ECCU by 50%, promote greater financial sector stability, and expedite the growth and development of our member countries.

China — The world awaits as China reported that its fully centralized renminbi is ready to launch tests soon in Shenzhen and Suzhou after five years of work. There are six parts of the whole digital currency system: issuance, circulation, management, withdrawal, investments and financing, and interbank settlement. The tests are likely to include the participation of state-owned partners including the “Big Four” commercial banks: the Industrial and Commercial Bank of China, Bank of China, China Construction Bank and the Agricultural Bank of China – and three telcos, China Telecom, China Mobile and China Unicom.

France — The Bank of France plans to start pilot testing its new CBDC in the first half of this year. France’s interest in rapidly advancing the issuance of a CBDC in order to be the leading issuer globally and receive the benefits associated with providing an exemplary CBDC. In the beginning, only financial institutions in France will be allowed permission to use the proposed digital currency. Using a CBDC for retail payments could pose security risks, said the governor, according to the Les Echos report.

Saudi Arabia and UAE — The central banks of the two gulf nations will jointly issue a digital currency named “Aber” for interbank money transfer. The two nations, which have a combined economy of over $1.2 trillion, also announced plans to build a new joint oil refinery alongside the digital currency. UAE news outlet The National reported that the digital currency was the result of the Saudi-Emirati Co-ordination Council, which was formed to strengthen relations between the two Arab states and create Arab unity.

Sweden — Sweden’s central bank has tapped Accenture to develop its e-krona digital currency pilot project, the Riksbank announced in a press release. Accenture will build out the e-krona’s consumer-facing features – such as how a user would pay on various mobile platforms – and run them in a test environment with “simulated stores.” Its initial contract lasts for one year, but Riksbank said it is open to as many as seven years of tests.

Thailand — The Bank of Thailand’s Project Inthanon Phase III, which involves interoperability among ledgers for cross-border funds transfer, is expected to start next month and conclude during the fourth quarter of this year. The central bank will collaborate with the Hong Kong Monetary Authority to explore interoperability among ledgers to achieve cross-border funds transfer, which includes business modality and implementation of relevant foreign exchange regulations, aiming to reduce associated costs and enhance efficiency.

Turkey — Pilot testing for the digital Lira is expected to be completed by the end of 2020. The government’s main objective is to establish a financial sector with a strong institutional structure that can respond to the financing needs of a broken economy that is working to re-stabilize following its recent debt crisis.

Uruguay — Successfully piloted their e-peso from 2017-2018. The IMF praised the Uruguayan Central Banks’ pilot program that made the issuance of their digital money into a reality. The system ran through a mobile line (without the need for internet connection) and was mainly used for transactions at affiliated merchants and p2p transfers. The e-peso is expected to reduce transaction costs, encourage financial innovation, and increase financial inclusion.

Is your country working on its own sovereign digital currency? Let us know!

While countries are making terrific headway into a cashless society, CBDCs in a completely centralized format do not offer a solution for economic instability, and as pointed out above, can contribute to destabilizing an economy. Digitized fiats will still be prone to inflation and loss of purchasing power over the long run, as well as vulnerable to the effects of recessions and other negative market conditions.

Unlike Libra, which poses a threat to monetary sovereignty, Anchor (ANCT) stablecoin offers a balanced approach that aims to work hand-in-hand with governments and central banks, as opposed to replacing them. Anchor has already designed an inherently stable and functioning system that offers long-term price stability, protection from inflation, and acts as a hedge against daily market volatility.

Anchor is an algorithmic stablecoin pegged to global economic growth via a financial index called the Monetary Measurement Unit (MMU). Anchor is similar to IMF’s Special Drawing Rights, however, it is inclusive of 190+ nations vs. exclusive to only select member countries; dynamic and updated every year vs. every five years; scalable vs. finite; and more efficient and innovative vs. an outdated system developed in the 1960s.

As a next-generation stablecoin, Anchor is an infrastructure provider for governments seeking a safe store of value, a stable unit of account, and a fast and affordable medium of exchange for day-to-day and global transactions. Anchor offers white-label solutions to governments, institutions, and corporate entities exploring entry into the new era of digital finance, including:

Anchor can help you develop your own digital currency. Want to know more?

To learn more details about Anchor, the MMU, and our tokenomics, please visit the Resources and News sections of our website.