What Will Happen to Blockchain in the Future | Overview 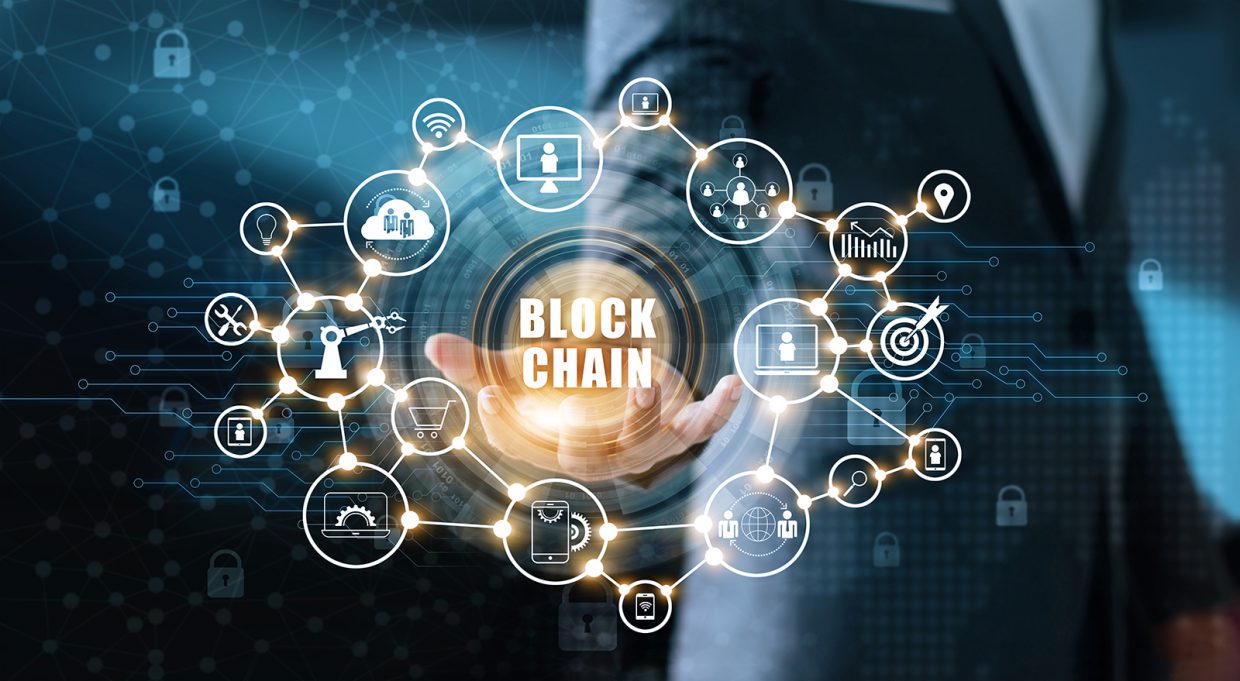 ‘Blockchain’ appears to be one of the most interesting recently emerged buzzwords on the Internet. People around the globe can’t help but wonder what kind of technology this is and how it works exactly. Interestingly, the top 10 countries by blockchain-related searches on Google are China, Ghana, Malta, Nigeria, Singapore, Luxembourg,  South Korea, Hong Kong, Switzerland, and Georgia.

A certain veil of mystery is present when it comes to blockchain technology and public opinion concerning this phenomenon varies from ‘blockchain is just overly hyped’ to ‘blockchain is a revolution that the world needs’. The truth usually lies somewhere in the middle, and this article was written in order to debunk common myths and offer a data-based presumption of what the future holds for the blockchain technology.

Without further ado, in this article you will find:

Where It All Began

It all started with Bitcoin. Among the many innovations regarding the core of finance and technology, Bitcoin has returned into the spotlight the idea of decentralization which has been a historical ideal for a long time. There was something very concrete in this crusade’s emergence though, a record-keeping technology behind it – blockchain.

At first glance, the term is pretty self-explanatory yet a wee bit complex. Simply put, ‘blocks’ consist of numerous bits of digital data collected in public databases (‘chain’), alternatively to being stored in a single, master database.

Every transaction is individually stored in a block, along with the timestamp and the exact amount of money spent on the purchase. To add a block to the chain, after the transaction has been verified and stored, a ‘hash’ (unique identifying code) is given to a particular block. This process is essentially ad infinitum since BTC’s current market cap is over $170 billion and rising.

Good Time To Be a Blockchain Platform

It took some time for blockchain to find its place in the global technological landscape, but promptly it took another path and found its utility besides Bitcoin. While cryptocurrencies still struggle with institutional acceptance, blockchain has already been recognized as ‘desirable’ in the eyes of governments, organizations, and enterprises worldwide. Though the industry is still young, there are many blockchain platforms and software today, and they have slowly started to furcate into different branches or ‘types’.

But first, let’s go through the most famous names in the blockchain industry.

Ethereum is the world’s leading programmable blockchain, meaning that developers can use it to develop applications on top of the blockchain, called ‘dApps’. It has a vast network of adopters and its community is highly engaging. Etherum was established in 2014 by a Russian-Canadian programmer, Vitaly ‘Vitalik’ Buterin. Ethereum also has its own cryptocurrency, Ether (ETH), which is often called ‘the most popular altcoin’ since its market capitalization is the first one after BTC’s. Ethereum managed to reduce the complexities of blockchain application development by introducing, now famous, ‘smart contacts’ (used to connect dApps to the blockchain). By hosting all applications on a common blockchain, Ethereum enabled interoperation, an opportunity to exchange value and messages.

With all the pros, inevitably come the cons. One of the major struggles for Ethereum is its essentially low scalability. It can provide only 10-15 transactions per second, which is particularly low considering the daily usage of the network. Besides, gas fees Ethereum charges are not much cherished by its users. Additionally, applications of Ethereum blockchain are not at all ‘sovereign’, meaning they all share the same resources and that often leads to clogging of the entire network. Ethereum indeed is ‘the first among equals’, yet it has its flaws.

Nonetheless, Ethereum 2.0 is almost ready now and expected to come out by the end of 2020.  Soon we will be able to see first-hand the changes that will emerge from the network’s PoW to PoS switch, especially the ones regarding scalability and privacy.

How will Proof of Stake work? There will be no miners, only validators that have invested in the ecosystem. Which validator will create a new block on the chain will be decided algorithmically, based on the size of their stake.

Hosted by the Linux Foundation, Hyperledger remains one of the most popular names in the blockchain industry. This umbrella project is focused on the blockchain implementation in fintech, healthcare, and supply chain industry, which have proven to be the best ‘real-world’ use cases of this technology. The governing body of Hyperledger consists of a board of twenty members chaired by Robert Palatnick and a Technical Steering Committee of twelve members chaired by Dan Middleton.

Among the organization’s projects, Hyperledger Fabric is indisputably the most prominent one. It has a distinct modular architecture and it’s designed to be a foundation to develop applications. Fabric is a closed, private blockchain which enables the execution of smart contracts, called ‘chaincodes’. These chaincodes can be written in Go, nodes.js, and Java. Hyperledger Fabric has successfully addressed some major pain points of the Ethereum blockchain, but it has also created its own controversy. Essentially, it’s not an open, public blockchain and it doesn’t have its coin.

Ripple came to the industry’s spotlight primarily as a payment network. Its cryptocurrency, XPR, is the third cryptocurrency by market capitalization which speaks enough about its popularity and use. By being a current leader in the crypto-remittance sphere, Ripple managed to parallelly stay decentralized and to significantly improve the transaction speed troubling other cryptocurrency blockchains. Transactions are validated through a network of servers based on a consensus mechanism, thus avoiding Bitcoin’s mining concept and its large consumption of electrical power.

In spite of showing evident advantages to Bitcoin, Ripple still remains a company in private ownership. BTC is swimmingly used among individuals and peers whilst Ripple aims to be fully institutionally accepted.

Stellar is an open-source, decentralized payment protocol used as a multi-currency backend. Stellar too has its own cryptocurrency, XLM. It’s definitely not the only one in the niche, yet Stellar stays notable for various reasons. It was designed for global practice, particularly focused on developing economies with small or no access to banks. Stellar enables 2000 transactions per second with distinctly small fee expenses. An interesting fact is that Stellar and Ripple were envisioned by the same person – Jed McCaleb.

Nevertheless, nothing is perfect and neither is Stellar. Though staying competitive because of its cheapness, Stellar is still struggling with the competition. It somehow stays torn between its philosophy and the real-world practice and therefore, in a way, limited.

Left or Right at Albuquerque?

From the ideological point of view, an open, public blockchain such as Ethereum is unmistakably ‘the purest’ form of blockchain but it will always have limited usage the way it is. Unarguably, permissioned blockchains have limited usage, too. So, what is necessary to happen in order to connect these two and drive blockchain technology to mass adoption?

Have you ever heard of an idea of a network of blockchain networks? I.e. a system that allows permissioned blockchains to maintain their sovereignty and still makes them compatible with Ethereum. A couple of designs tackled the issue and tried to solve this ultimate blockchain’s pain point.

For example, sidechains are semi-independent networks that run autonomically, and parallelly on blockchains. Sidechains can offer scalability and sovereignty while being connected to permissionless blockchains, yet at the moment they principally lack security.

Plasma framework is a scaling solution to Ethereum which also enables sovereignty, by creating a respective chain via a special type of Ethereum smart contracts, named root contracts. This way, on a Plasma chain, transactions can be made limitlessly with only occasional engagement with Ethereum. However, a hurdle arises with the fact that Plasma chains don’t support smart contracts, making them not fully compatible with Ethereum. Also, the chains among themselves are not interoperable.

Cosmos is a network that enables interconnection between sovereign blockchains, though not Ethereum-compatible by design. In other words, Cosmos is more of an ecosystem of separate blockchains that facilitates their mutual interoperation. Unfortunately, the missing piece of the puzzle here is Cosmos’ inability to interact with Ethereum which still makes some of the blockchain enthusiasts wary of this project.

Polkadot is also an interconnective network of sovereign blockchains, though slightly different from Cosmos, especially in terms of security. Polkadot has a similar architecture as Ethereum 2.0, as it also consists of ‘parachains’, tightly-coupled blockchain networks. Yet, Polkadot’s parachains can have different protocol configurations, meaning that they can have sovereignty. Those parachains, however, are not connectable to Ethereum.

Who Will Win the Battle for Mass Adoption?

While most people debate if the future of blockchain lies in the upgrade of public blockchains or further development of the private ones, the correct answer may lay somewhere else. Why discharge the advantages both types evidently have?

Public blockchains will always have supremacy in terms of usage, transparency, and availability. Private blockchains can nonetheless offer something unique – sovereignty, especially in resources.

There is not much point in choosing one side when you can choose both. Ethereum will always have a special place in the eyes of the blockchain enthusiasts, along with its unique design. However, no matter how advanced, it will probably never fully support real mass adoption worldwide.

Enable people sovereignty and they will embrace blockchain. Make those chains compatible with Ethereum, and the trust can be established. I believe that every revolution in technology gave birth to the new kinds of ‘technological hybrids’ that have proven to be by far the most utile. No one knows with certainty what will happen in decades to come but, as always, the most practical form will prevail.